Professor Shaaban Khalil from Zewail City of Science and Technology (Cairo) visited me at the University of Southampton during 2012, to work on a project titled ‘Neutrino Masses and B-L Extensions of the Standard Model at the Large Hadron Collider’.

There exists one experimental result that cannot be explained by the Standard Model (SM), the current theoretical framework for particle physics: non-zero masses for the neutrinos (elementary particles travelling close to light speed, electrically neutral and weakly interacting). The SM erroneously assumes that they are massless. Therefore, particle physicists are now exploring new physics beyond the SM. There is strong anticipation that we are about to unravel it, in the form of new matter and/or forces, at the Large Hadron Collider (LHC), presently running at CERN.

Even before the experimental results on neutrino oscillations revealed that such particles must have a mass, much effort was made to go beyond the SM by unifying three of the known forces—strong, weak and electromagnetic interactions—in so-called Grand Unification Theories (GUTs). In spite of the beautiful theoretical setting of GUTs, they had limited success, since a large class of these was ruled out by proton decay tests and other experiments. Today, Supersymmetry (SUSY) is one of the main promising frameworks for investigating any possible physics beyond the SM.

SUSY is a symmetry that relates elementary particles of one spin to another particle that differs by half a unit of spin and is known as Superpartner. In other words, in the SUSY theory, for every type of boson there exists a corresponding type of fermion, and vice versa. SUSY theories now stand as the most promising candidate for GUTs. Despite the absence of experimental verification, several relevant theoretical arguments can be given in favour of SUSY. Therefore, one of the main motivations of the experiments at the LHC is to search for SUSY particles.

Building on these results, Professor Khalil and I have emphasised that an extension of the gauge group of the SM incorporating an additional symmetry structure dictated by a Baryon minus Lepton (B-L) number conservation, yet broken via the Higgs mechanism of mass generation, can account for current experimental results of light neutrino masses, as well as predict a wealth of new physics signals. Within a SUSY context, it was shown that the three relevant physics scales related to the SUSY, EW (Electro-Weak) and B-L breakings are linked together and occur at the TeV scale, the energy domain of the LHC. Consequently, all the new physics signals emerging from this model are potentially accessible at the CERN machine, in the form of an additional heavy gauge boson (Z’), a second Higgs boson state (H’) and the companion physical states associated to the SM neutrinos, so-called heavy neutrinos (νR), and their SUSY counterparts.

The project has already produced tangible outcomes in the form of a number of research papers wherein Professor Khalil and I have proved the detectability of many such signals, and we also have the first draft of a book submitted to Cambridge University Press on Supersymmetry phenomenology. 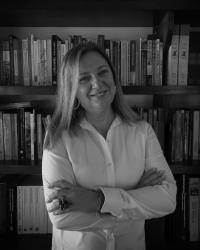 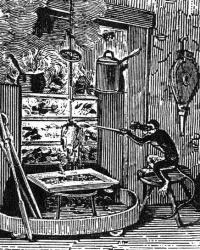 For UK institutions to invite an eminent senior professor from overseas, to bring genuinely novel expertise and enhance the skills and knowledge of academic staff and students in an underrepresented area in the UK. Priority will be given to new or recent collaborations and visits with a variety of activities beyond research.