Purikura and the social gaze 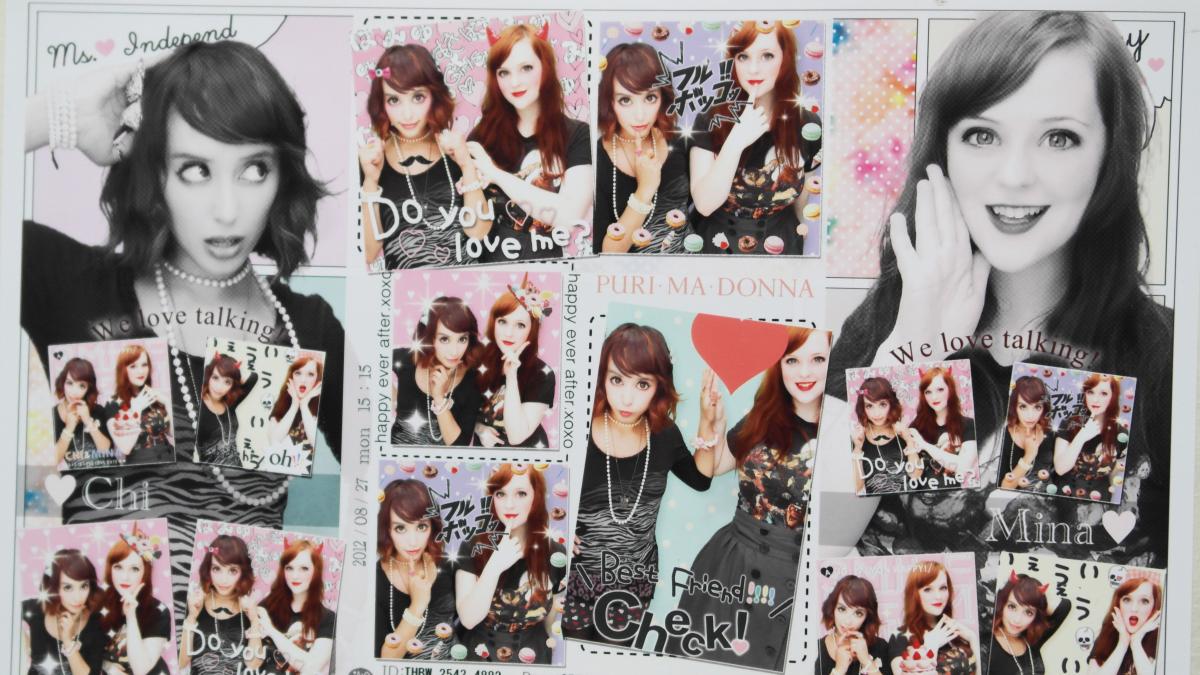 Purikura photographs of author and friend, 2012

Purikura are Japanese photo booths, which have remained a prevalent and influential form of vernacular photography for almost two decades. Since 1995, purikura has been driven by female consumers between the ages of 16-25, who also participate in other subcultural movements in fashion, music and anime fandoms. The social and technological facilitations of gender, performance and representation found in purikura are inextricably linked with the lived experience of being a young woman in Japan, but have much to tell us about conceptualizations of gender itself. My research will be the first sustained, long-term investigation on the topic - utilizing ethnographic methods of participant observation, I will conduct a contemporary and in-depth study of purikura and vernacular photography in Japan. This study will lend us insight into the innovative mutability of both gender and technology as seen through purikura and the media nexus of its participants, further elucidating the innovative variety of gendered sociality purikura re/produces and engages with.

It has been theorized that these purikura machines serve as a means of public display of relationship networks, as a form of social capital, and as a tool for the crafting of new friendships. Purikura-centric social networks have existed since the early 2000s, and they are fast becoming a major means of social interaction for young women in Japan. Similarly, Twitter and Instagram are also heavily utilized, with hundreds of thousands of user submitted purikura photographs circulating every day. My research seeks to better understand the use of purikura as an interchange between physical and virtual embodiedness - I am particularly interested in considering these photographs in reference to Donna Haraway’s theorization of human-machine hybridity, whereby purikura has the potential to exist as a form of “cyborg selfhood”, mediating and blurring the divide between virtual and physical bodies.

By thinking through purikura, my research seeks to consider how vernacular photography actively shapes social relationships, and how these gendered negotiations can be understood in a larger anthropological context. In researching the interweaving trajectories of technological innovation and sustained use surrounding purikura, we can gain a greater understanding of the popularity of vernacular photography and captured images, and of research that sustains interest in the public imaginary worldwide.