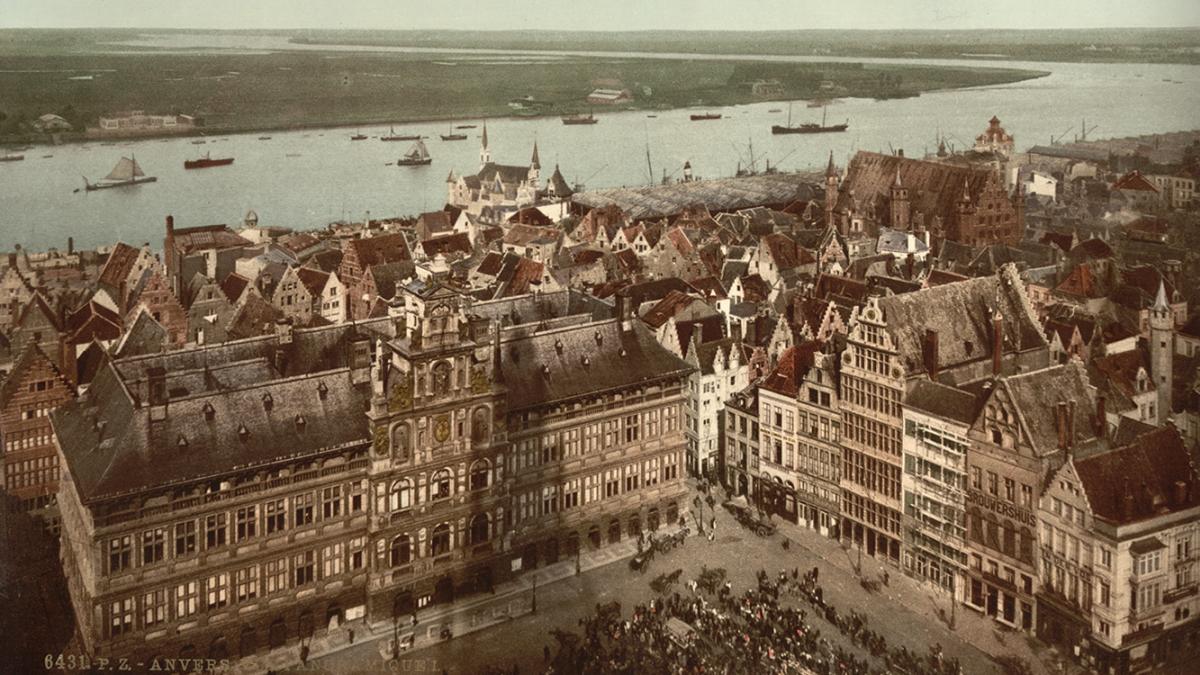 With this project, I seek to understand how water shaped three important North Sea cities in the nineteenth century: Antwerp, London and Rotterdam. Each of these cities is an estuary port, taking advantage of a river to establish trade connections both inland and to the sea. In this they are similar, but they have different political histories and their economic fortunes have waxed and waned, partly due to rivalry with each other. I will explore these similarities and differences through changes in urban and architectural forms, using national and local archives.

Much of the world’s wealth and power flowed into the North Sea during the modern era. The riches of empire and nation were traded in the stock exchanges of Antwerp, London and Rotterdam. The nineteenth century saw rapid changes in technology, as steam transformed shipping and railways provided new connections. Larger ships changed the physical nature of ports, as cities adapted by creating new facilities or moving some downriver to deeper waters. The relationship between water and cities thus changed dramatically in the nineteenth century, and studying this process in a range of sites will shed new light on how this shaped modern urbanism.

There are two themes in recent historical work that flow into this study. Firstly, historians have been deepening our understanding of the North Sea as a connected region, especially in the medieval and early modern periods. There are important publications by Michael Pye (2017), Greg Bankoff (2013) and Thomas Liszka and Lorna Walker (2001) in this area. Secondly, other historians have become increasingly interested in port cities as a type and in coastal histories. On ports, Sujit Sivasundaram (2017) and Michael Chiarappa (2013) have made telling interventions; coastal histories have been explored by David Worthington (2017) and Isaac Land (2007). My approach brings these currents together through an investigation of the built environment, both in the architecture of individual buildings and in the management of urban space.

My research will establish a new reading of the architectural and urban histories of Antwerp, London and Rotterdam. The ways in which water moulded, fed, threatened and flooded cities at the heart of the global economic system will be better understood. By bringing the North Sea and its rivers into the urban history of modernity, I hope to change the ways in which we think about the relationship between water and the city.