How does memory fuel disagreement and offer a chance for reconciliation? Antonia Foldes explores the politics of memory in Poland and Germany 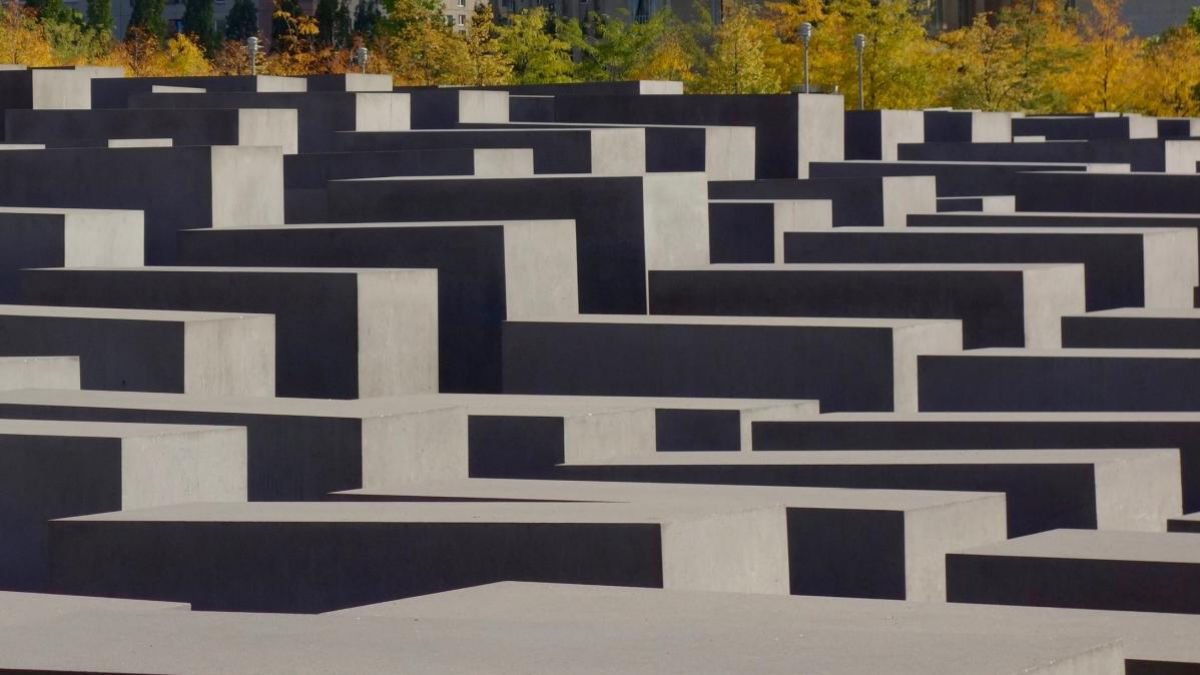 Memorial to the Murdered Jews of Europe in Berlin, Germany. Image: A Foldes.

The Second World War has left its mark on national identity and European politics today. Germany’s dark past has affected its political role in Europe and its attitude as a ‘reluctant hegemon’. In contrast, Poland’s experience of various historic occupations have arguably encouraged a ‘tradition of resistance’ and symbolic martyrdom. Thus I am interested in how their collective memories and historical narratives contrast and explore the effect they still have on their transnational relations.

As memory and history are often strongly tied to specific locations, I will be conducting my research in Kraków, while completing an MA in Eastern European Studies at the historic Jagiellonian University there. It is the perfect place to explore the past with many important monuments and sights, including the Oskar Schindler Factory and nearby Auschwitz concentration camp. Kraków is also of central importance to Polish national identity, as it was the capital city for hundreds of years and remained a centre of Polish culture and education. Research trips to Berlin, Germany’s monument-strewn capital, will then allow me to develop a comparative analysis of its memory landscapes.

Having studied German history and politics over the years, I now want to examine the Polish historical narrative of the Second World War in contrast. Especially when terrible events have occurred, places and objects become charged with traumatic significance so I will focus on monuments as an example of these symbolic memory cultures. I will collect data by using a set of analytical questions to evaluate monuments on their message, geographical location and visitor interaction. As these monuments are embedded in a larger memory culture, I will analyse them in context of the wider narratives provided by museums, the memorial landscape of relevant street names and local rituals on commemoration dates.

Especially with difficult and dark chapters of the past, amnesia and repression are equally important concepts in memory studies. Poland, like Germany, already has a ban on Nazi symbols and Holocaust denial. Earlier this year, Poland’s leading right-wing Law and Justice party also proposed to criminalise the phrase “Polish death camps” as it could indicate Polish collaboration in Nazi crimes.

Countermemories and smaller narratives are often forgotten or purposefully repressed when they challenge the legitimacy of official narratives. Germany was not just a state of perpetrators, just as Poland was not just a state of victims. History is more nuanced with the expulsion of Germans from Western Poland and the Poles who prosecuted Jews in Jedwabne. I want to assess to what extent such marginalised narratives have been included (or resisted) in their sites of memory and how this affects German-Polish relations.

Through this comparative approach I hope to examine the complexities of historical memory, the representation of conflict and their implications for the political present.