Whose democracy? Parliament and the legacies of the British world 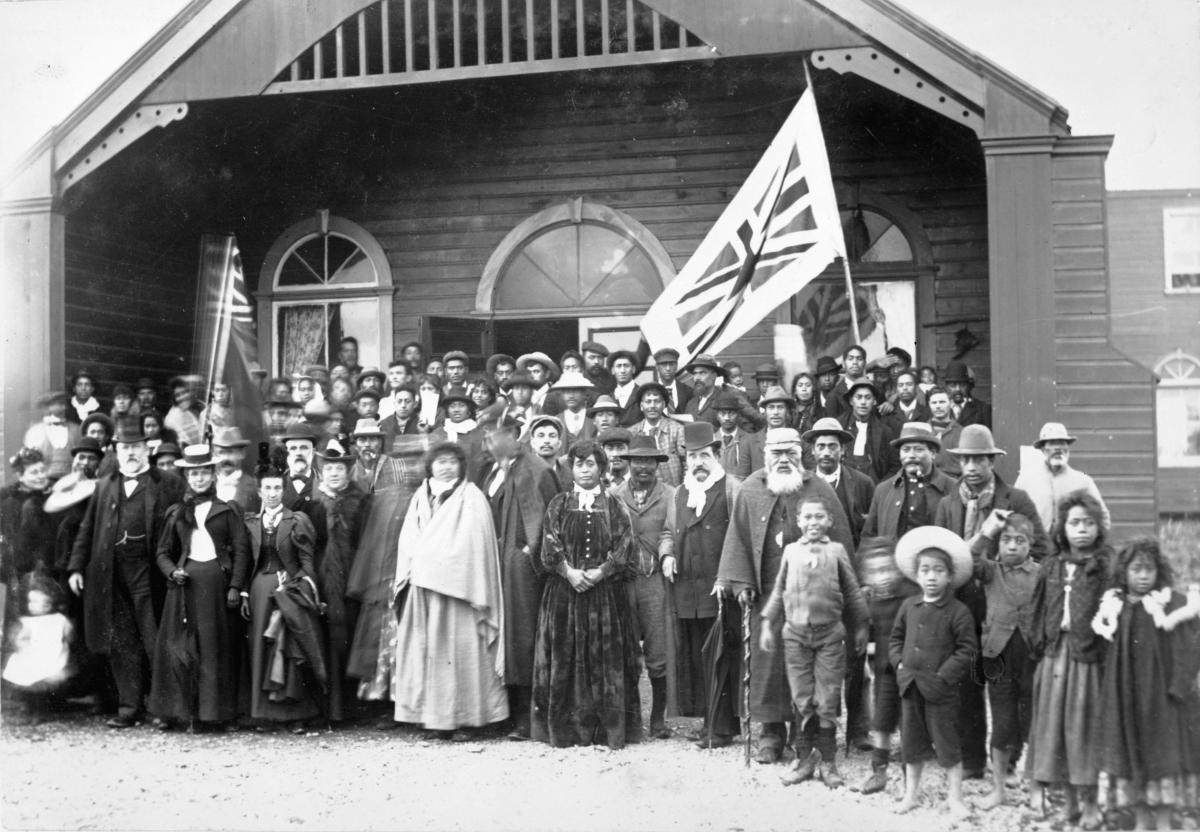 Maori group at the opening of the meeting house at Papawai Pa, Greytown. Keedwell, Robyn: Photograph albums of Wellington and the Wairarapa of the 1880s to 1900. Ref: PAColl-1892-77. Alexander Turnbull Library, Wellington, New Zealand. /records/22907194

Following the Brexit vote, we live in a time when the ability of parliament to represent the nation has come under question. Debates about how parliament should function in the context of the pandemic indicate the ongoing importance of this institution to British political life. And yet, anxieties about the ability of parliament to mediate the body politic are nothing new. Our project explores how claims to representing ‘parliamentary’ values became synonymous with ideas of British citizenship and imperial belonging in the era of settler colonialism. It also traces how ideas of what British ‘parliamentarianism’ should mean were widely contested by different groups during struggles to redefine the boundaries of the political nation and empire.

Being ‘parliamentary’ was central to claimants’ cases for political inclusion as ‘British’ in the UK and the settler colonies from the mid-nineteenth century onwards. At this time, influential constitutional historians popularised the idea that parliament had shaped the identity of the English people over hundreds of years, drawing on an Anglo-Saxon ancestry. They celebrated supposedly innate English forms of deliberative assembly such as the ‘moot’ in developing distinctive concepts of ‘self-government’ and ‘self-determination’. Yet the field for making and contesting parliamentary cultures was vast and multivocal. Across the empire, thousands took part in local parliamentary debating societies, petitions to the imperial parliament, and ‘women’s parliaments’. Indigenous and diaspora populations developed their own alternative parliamentary cultures as a means to challenge their exclusion from the settler nation. Exploring and connecting these stories will shed new light on the political worlds of Britain and empire and offer a timely corrective to the still-prevalent myths of national constitutional development that overlook these wider forms of contest and challenge.

This project will focus on how and why varied models of ‘British’ parliamentarianism were performed and disputed. Two examples point to the potency of these claims. First, the 1890s saw a rise in women’s parliaments which resulted in part from the limitations of female suffrage as well as the expansion of National Councils of Women. While these assemblies were initially focused on a conforming model of citizenship, over time they became increasingly subversive. Canadian feminist satire mocked male MPs in 1914 and metropolitan suffragettes claimed the title of ‘women’s parliaments’ for their Caxton Hall rallies that marched on Westminster, leading to mass arrests. Second, while the Maori kotahitanga parliament in New Zealand imitated the structure (and also the architecture) of the national parliament, it marshalled these aspects and the performance of assembly to call for greater autonomy for indigenous people over their own affairs.

Given the challenges of archival research in the pandemic, our project makes use of a wide array of recently digitised sources to explore the flow of ideas via networks, collaboration and common debates about British parliamentarianism. We plan to make use of corpus linguistics to explore changing cultures of petitioning and parliamentary debate. The project also seeks to achieve a richer understanding of the foundations of public knowledge and debate about empire and political community. While circulation figures and educational syllabi give some sense of the influence of specific historical works, our analysis of the new corpora will reveal the role of scholarly authority and wider ideas in shaping parliamentary cultures across the British World. Exploring historical debates about the relationship between parliament and the political nation in imperial context, as they reflected pitched struggles over rights, belonging and the legitimating narratives of ‘Britishness’, can help us understand the roots of current institutional and moral anxieties.