Vernacular mathematics in the Italian dialects: a history

By investigating the shaping of the vernacular mathematical lexicon and rhetoric in Renaissance Italy, Martin Maiden and Alessandra Petrocchi will examine how transfer of knowledge between registers, dialects, languages and cultures came about by linguistic means 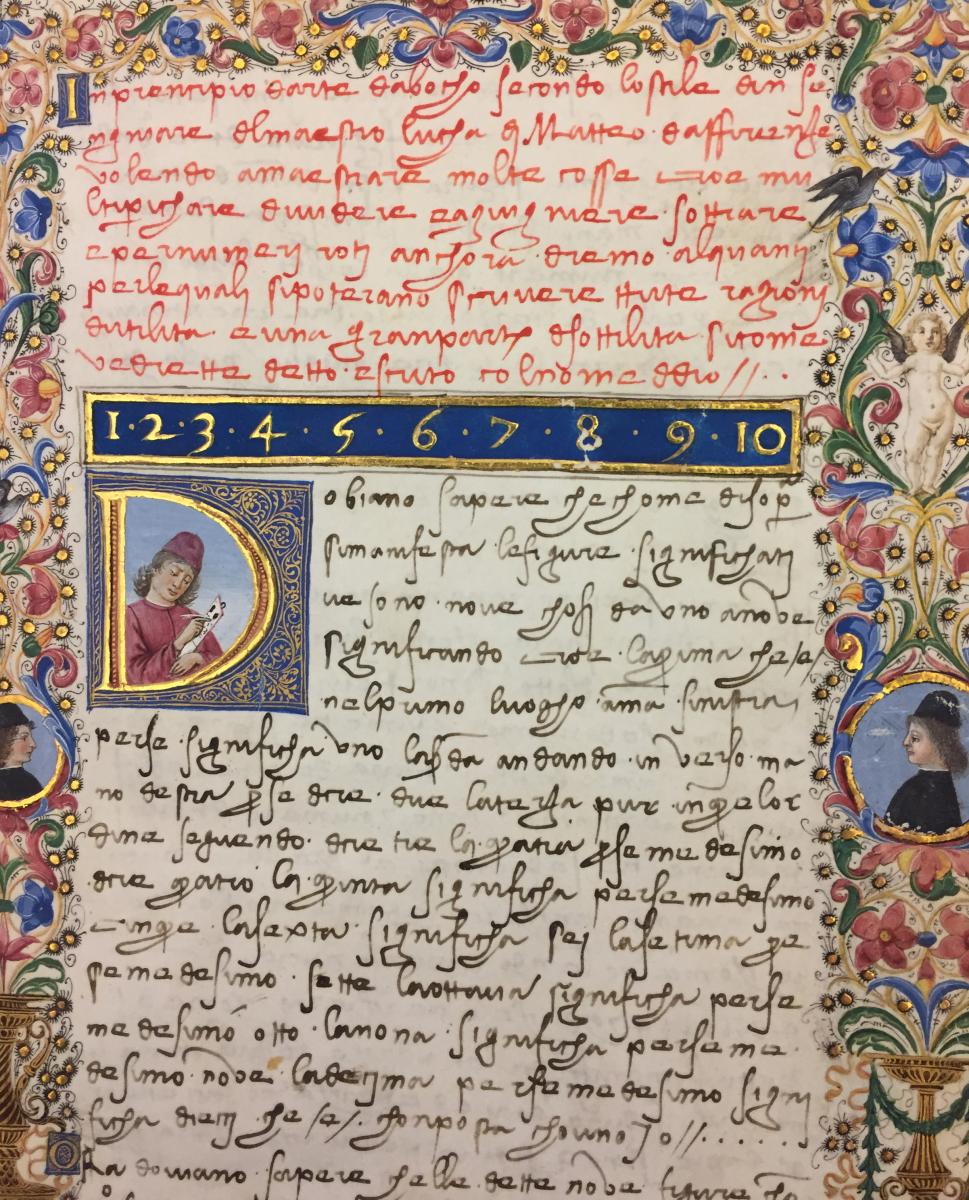 Renaissance mathematics promises rich insights into a largely unexplored area of the history of the Italian vernacular languages: the linguistic expression of mathematical concepts. There are several aspects of the mathematical register of the time which make it particularly intriguing and suitable for linguistic research, such as language contact, semantic shift and the close relationship between the spoken and written word. Historians of mathematics and general historians have shed light on the role played by mathematics in Renaissance Italy; these studies, however, have adopted a purely mathematical or historical perspective and have not addressed linguistic and textual aspects. Texts on the so-called abbaco (meaning ‘the art of computing’) were a most popular genre of mathematical textbooks in Renaissance Italy. As a literary product of their surrounding urban milieu, these practical mathematical texts reveal much about the native language of the ordinary people and the complex dynamics of the commercial, banking and artisan sectors in the major Italian cities of the time. Abbaco literature developed in tandem with the spread and popularity of botteghe d’abbaco, commercially oriented schools attended by 10‒12 year-old boys ‒ mainly future bankers, merchants, artisans, builders and shopkeepers ‒ to learn practical mathematics. Piero della Francesca, Leonardo da Vinci and Dante Alighieri’s son also attended this type of school.

Our mathematical corpus (1300‒1550 CE) includes handwritten manuscripts, early printed books and published transcriptions. We will reconstruct the linguistic history of selected mathematical terms found in abbaci and, to understand their semantic development, compare their usage as occurring in a wide range of non-mathematical sources of the time, such as administrative records, mercantile notebooks, vernacular works on different subjects and Renaissance grammars. We will adopt a comparative and cross-disciplinary approach and examine different types of original sources written in several languages, such as medieval Latin, Florentine and other Romance dialects of Italy, old Spanish and middle French. In examining a textual corpus that has received little attention from linguists, the project’s main objectives are: to establish for the first time the linguistic history of the lexicons of arithmetic, algebra and geometry in Italo-Romance dialects; to examine rhetoric and discourse in mathematical pedagogy; to employ comparative linguistic and textual analysis to shed light on contexts of knowledge transfer; and to investigate the relationship between the mathematical lexicons of coeval European cultures. This interdisciplinary project will contribute to medieval and early modern studies, manuscript studies, the history of the book, history of science and Romance linguistic scholarship.