Unlocking the secrets of silent earthquakes

Fingerprinting what physical properties control the style of seismic behaviour is a major challenge for earthquake hazard assessmentRebecca Bell and her tean will apply a new technology, 3D full-waveform inversion to image and resolve, for the first time, the fine-scale 3D elastic properties of a slowly slipping fault zone 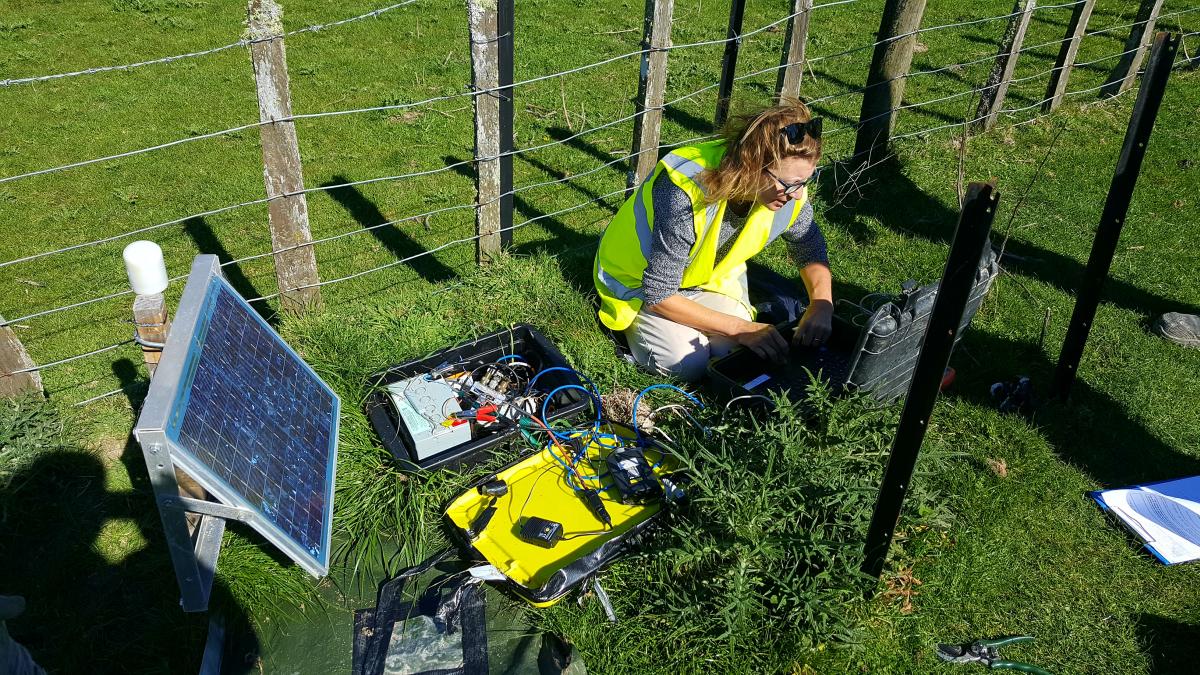 Over the last couple of decades we have been reminded of the devastating power of extremely large, magnitude 9 and greater earthquakes. The 2011 Tohoku-Oki, Japan and the 2004 Sumatra-Andaman earthquakes both triggered devastating tsunami and between them killed over 250,000 people. Such huge earthquakes occur at subduction zones, where one of the Earth’s tectonic plates slides beneath another. The boundary between the two plates is effectively a giant crack in the Earth called a plate boundary fault. These are the largest fault lines on Earth, and hence the location of the largest magnitude earthquakes.

In the early twenty-first century, however, a curious discovery was made. Some subduction plate boundary faults were episodically slipping by as much as if a magnitude 7 earthquake had happened, but, the plates were not slipping rapidly causing shaking, instead they were creeping past each other over a number of weeks to months. These events are called silent earthquakes or slow slip events (SSEs) and they have now been discovered at many subduction zones.

The image on the left shows the speed of sound through a subduction zone using traditional methods. The figure on the right shows the increased detail that can be resolved using full-waveform inversion that will be applied in this Leverhulme project (image from Gray et al., Journal of Geophysical Research, in review).

Now we know SSEs exist seismologists have an important question to address: why do some faults slip suddenly in devastating earthquakes and others slip slowly? The key to answering this questions is to fingerprint how faults, which experience different types of slip behaviour, differ in terms of the properties of the rock that make up the fault zone. Are fault zones that experience slow slip composed of a particular rock type or are the fluids that fill voids in the rock highly pressured? Drilling into subduction zones can give us some really important insights, but the majority of slow slip zones are too deep to reach by drilling.

Thanks to this Research Project Grant my team and I will apply a new technique, more commonly used by the oil and gas industry, to recover what the rock properties are in zones of slow slip using man-made sound waves. Sound waves travel through rocks at different speeds when the rocks have different compositions or fluid pressures. By recovering high-resolution images of how the speed of sound changes in slow slip zones, together with insights from shallower drill holes, we will be able to diagnose the likely rock types and fluid pressures in the slow slip zone. We will be applying this technology, called full-waveform inversion, to data that was collected by an international team of scientists in 2017–2018 in New Zealand using many hundreds of seismometers.