Spots, stars or stripes? The evolution of eggshell surface topography 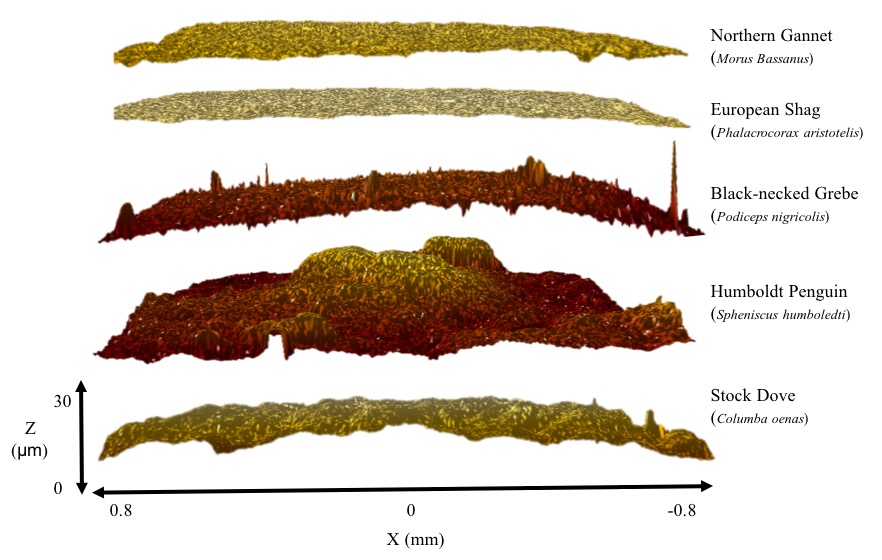 Eggshells and eggs, to me, are some of the most fascinating biological phenomena in the animal kingdom. Birds breed on all seven continents on Earth; at altitudes greater than 4000 m above sea level, in temperature ranges between -40°C and +50°C, and in environments varying from water-saturated to extremely dry. Egg size can range from 1.4 kg to just 0.4 g (for Common Ostriches Struthio camelus and Vervain Hummingbirds Mellisuga minima, respectively), while clutch size can vary from a single egg to broods of over fourteen. Despite this high variation in environmental conditions and life-history traits, producing eggs with viable young is a necessity for all species to breed. And birds achieve just that.

Avian eggshells exhibit some of the most diverse arrays of complex biological variability within the animal kingdom. A fascination with eggshell colour and spotting has captivated scientists for centuries, with both Alfred Wallace and Charles Darwin discussing the origins of eggshell pigments and postulating their purpose. Despite this long fascination with egg colour, comparatively little attention has been paid to the actual structure of the eggshell itself. The basic variation in structures of the avian egg, outside the poultry industry, remains a comparative mystery. The relatively few studies that have investigated eggshell structure have found large variation in topography (shape and features). However, little is known about how these structures function, or rather, what their actual function is.

The main aim of our Leverhulme project is to characterise eggshell surface structure in the bird kingdom and determine – through novel mechanical and structural engineering approaches – how different eggshell surface structures function. The study of the structure and function of different eggshell properties provides an unusual and unique opportunity to understand the evolution of trait diversity in an exciting model system, and to apply engineering techniques to biological structures. Understanding the ecological conditions under which certain eggshell structures and properties are most advantageous is key to explaining the enormous variation that exists in eggshell topography between species.

An exciting anticipated component of the work is the potential discovery of previously unidentified structures that may be beneficial commercially, in the growing and exciting field of biomimetics. Given the wide-array of nest environments the eggs of different species inhabit, it is likely something novel will be discovered that will have practical applications. Such previous discoveries have included self-cleaning glass based on the lotus leaf Nelumbo nucifera, and famously Velcro™, which mimics the interlocking mechanisms between burdock plants and the hosts their seeds hitchhike upon.