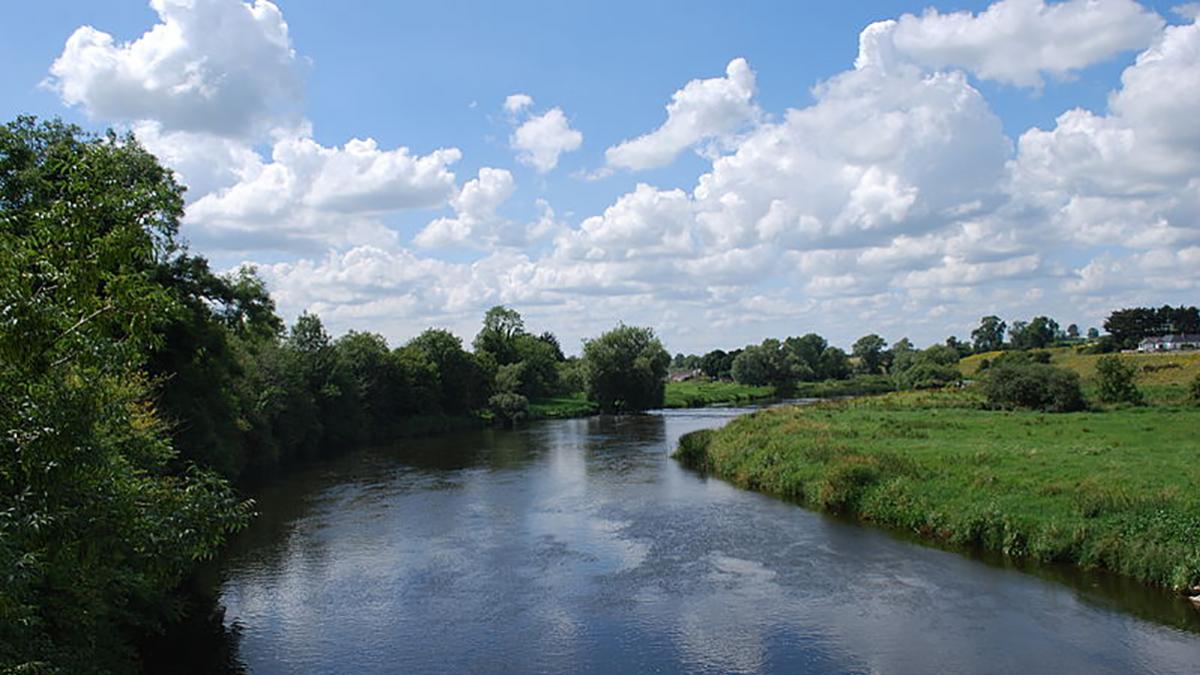 The River Boyne which is depicted as a woman in the Dindshenchas.

Connections with place and our association with the local landscape have acquired added resonance in current circumstances, while the parameters of physical space within which we may move freely are being continually redefined. Evoking the environment and our ever-changing relationship with it will involve new and varying modes of expression, as we perceive our spatial surroundings in evolving ways. Historical depictions of the natural world provide models, revealing the multifarious ways in which land and its features were conceptualised. They encapsulate the intricate engagement of peoples of the past with their own whereabouts. At the centre of this project lies the study of one such literary monument of place.

The landscape of Ireland forms the focus of an extensive body of medieval literature in which the history of Ireland is construed as an overarching narrative of place. The corpus known as Dindshenchas Érenn which can be translated ‘Knowledge of Ireland’s Notable Places’, is a composition in prose and verse of about 10,700 lines, dealing with over two hundred places and natural features. Written in the eleventh and twelfth centuries, it continued to be expanded and reworked down to the sixteenth. Its popularity is indicated by its preservation in over twenty manuscripts. It constitutes a map of the medieval Irish landscape, both real and imagined, but also of the medieval Irish mind.

The interconnected stories of various landmarks link them to ancestor figures of Irish dynasties and so illuminate how history was constructed and perceived. The framework which connects them is inspired by the Bible and classical works and in delineating their own environment, Irish authors drew freely on a range of medieval sources. Dindshenchas Érenn represents a symbiosis of historical interest, Latinate learning, and place-name literature and stands apart as an exceptional text, but one which in concept and execution is shaped by and speaks to medieval European learning and thought.

We will analyse these narratives of place as an expression of the intellectual milieu of medieval Ireland, reflecting the engagement of their authors with wider learned trends. In this way, a genre rooted in the Irish landscape will find a place within the pan-European contemporary culture of which it formed an integral part. Echoing through the centuries, the intimate interaction with the environment embodied in Dindshenchas Érenn, remains of interest, as we continue to probe and articulate our engagement with landscape today.