Going back to basics: reverse engineering the adhesive of the sea anemone Aiptasia pallida 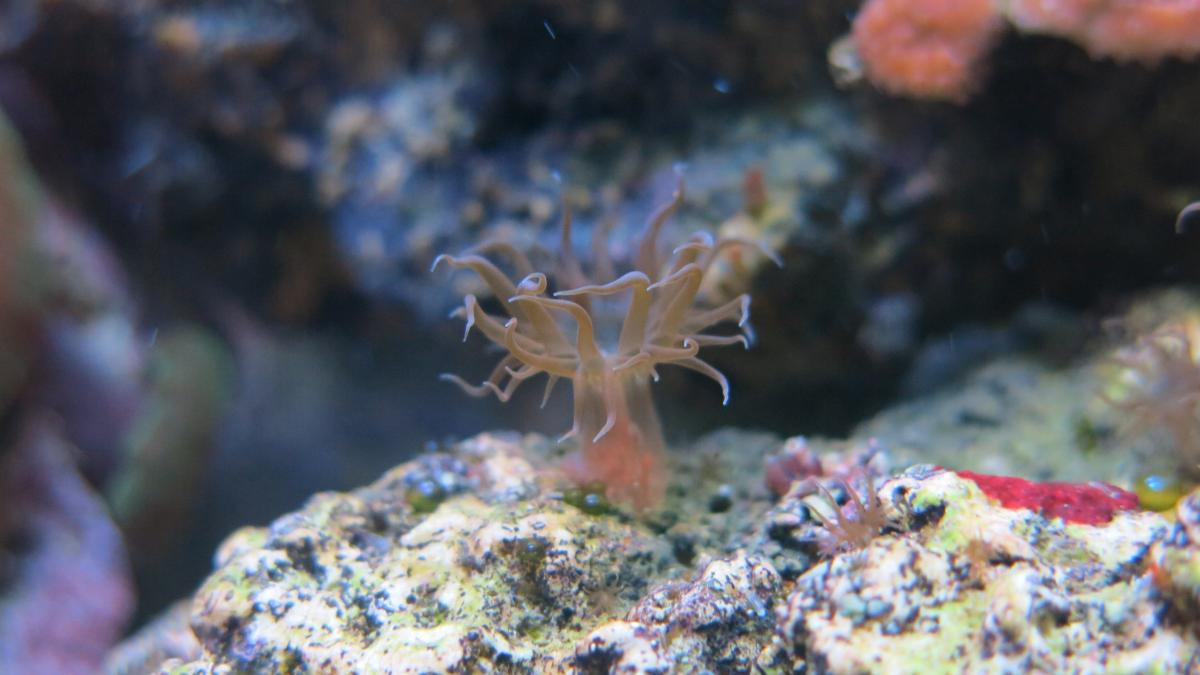 Adhesion has a variety of uses in nature. Many organisms attach permanently to surfaces, as climbing plants and barnacles do. Adhesion helps some creatures to get around, for example in the case of the feet of geckos and various insects. Some, such as salamanders and sea cucumbers, use glue as a defence against predators, while others such as spiders and velvet worms use it as a means of attack. Some even use adhesion during reproduction. But despite its frequent appearance in nature and ecological importance to the organisms that use it, biological adhesion remains poorly understood.

The benefits that synthetic, bio-inspired glues could yield are significant, however. There are numerous technical applications in which progress has been hampered by a lack of appropriate bonding materials, and where natural adhesives have already solved the problems. The ability to join surfaces underwater, effectively and non-destructively, would have huge implications for human surgery. Based on natural molecules like proteins and carbohydrates, bio-inspired glues could also reduce the need for unpleasant chemicals such as formaldehyde to manufacture industrial adhesives, reducing environmental impact.

Finally, there is the question of adhesion prevention. Probably the most important example, both economically and environmentally, is ‘biofouling’. In the marine environment, for example, attachment of microbes as well as plant and animal species to the hulls of ships causes drag, slowing ships and increasing fuel consumption with consequent increases in operational costs, transportation of invasive species and emissions of greenhouse gases.

So, there are great advantages to be gained from better understanding how things stick together in the natural world and, although systems such as the mussel byssus adhesive have been well-studied, we are only just scratching the surface of the diversity offered by nature.

In our study we have chosen to go ‘back to basics’. Since so many challenges in our field stem from the diversity of adhesion strategies in nature and their complexity, it seemed sensible to us to select an organism for study that evolved adhesion long ago. We selected an anemone, Aiptasia sp., which is both relatively simple and a significant fouling/invasive organism. It lends itself to laboratory experimentation and has molecular resources available that will allow us to use cutting edge investigative techniques, such as differential transcriptomics, to identify and characterise its glue.

The 4-year study will be based upon background work published by the post doc on the project, Dr Marcelo Rodriges. Marcelo proved the concept of our approach during his research at the University of Innsbruck, characterising the adhesive of an even more basic organism, Hydra. Our discussions, collaboration and eventually this Leverhulme Trust-funded project, arose thanks to a sequence of two European COST Actions (TD0906 and 15216) that continue to provide fantastic networking opportunities for researchers in the bioadhesion field. By the end of this project we aim to have a solid understanding of the molecules involved in adhesion by Aiptasia, the physical mechanisms by which they stick to surfaces and whether these have formed the basis of adhesion mechanisms in more complex organisms.