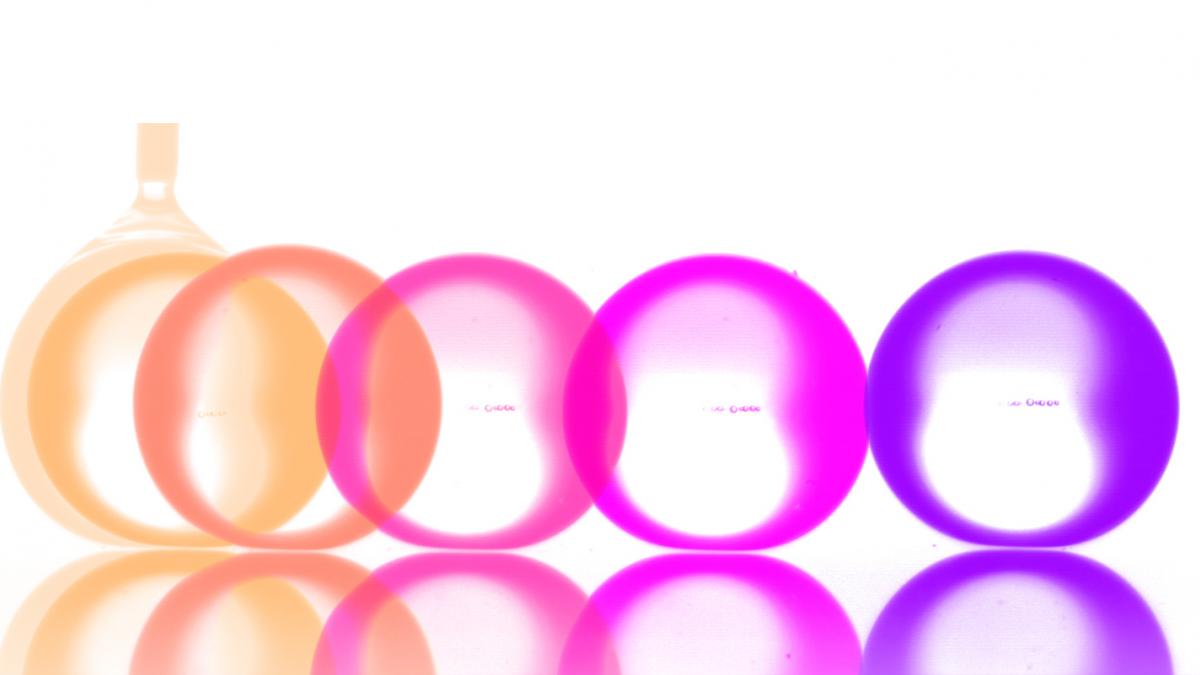 Spontaneous motion of a Leidenfrost drop levitated above a hot substrate. Courtesy of Ambre Bouillant, Célia Boutilier and David Quéré.

A liquid drop can levitate on a thin film of its own vapour above a sufficiently hot substrate. This classical effect, named after J. G. Leidenfrost who first described it in 1756, is associated with a sharp transition from nucleate to film boiling of the liquid drop with increasing substrate temperature – a basic example is the whizzing and hopping of water droplets drizzled on a very hot pan. Ever since its discovery, the Leidenfrost effect has been a wellspring of scientific ideas.

Unhindered by direct contact with the substrate, Leidenfrost drops tend to accelerate over surprisingly large distances. For this reason, experiments have traditionally involved ‘trapped’ levitated drops, e.g. by employing a concave substrate. Only during the last decade has there been significant progress in controlling the motion of Leidenfrost drops, in particular using asymmetrically micro-structured substrates or by non-uniform heating of the substrate.

In a major development, recent experiments from the group of Professor David Quéré (ESPCI Paris and École Polytechnique) have shown that Leidenfrost drops levitating above a flat substrate can move spontaneously – in a random direction and in the absence of external gradients and geometrical asymmetry. This spontaneous motion, which occurs only in a certain drop sizes, involves a rotational flow within the drop and appears to correlate with an asymmetry of the liquid–vapour interface. Almost simultaneously, the Physics of Fluids group at the University of Twente, led by Professor Detlef Lohse, discovered analogous symmetry-defying spontaneous motion in the inverse Leidenfrost scenario, in which an inert drop or particle levitates above an evaporating cryogenic-liquid bath.

In both the classical and inverse scenarios, there is compelling experimental evidence that the observed spontaneous motion is engendered by symmetry-breaking fluid-dynamical instabilities. The nature and mechanics of these instabilities, however, remains debated and largely unclear.

Our main goal is to develop and mathematically analyse reduced dynamical models of levitated Leidenfrost drops and particles, that describe their spontaneous mobility and the symmetry-breaking instabilities underlying such mobility. We will consider both the classical and inverse Leidenfrost scenarios and also investigate the interplay between spontaneous mobility and more traditional modes of Leidenfrost drop self-propulsion associated with imposed asymmetry.