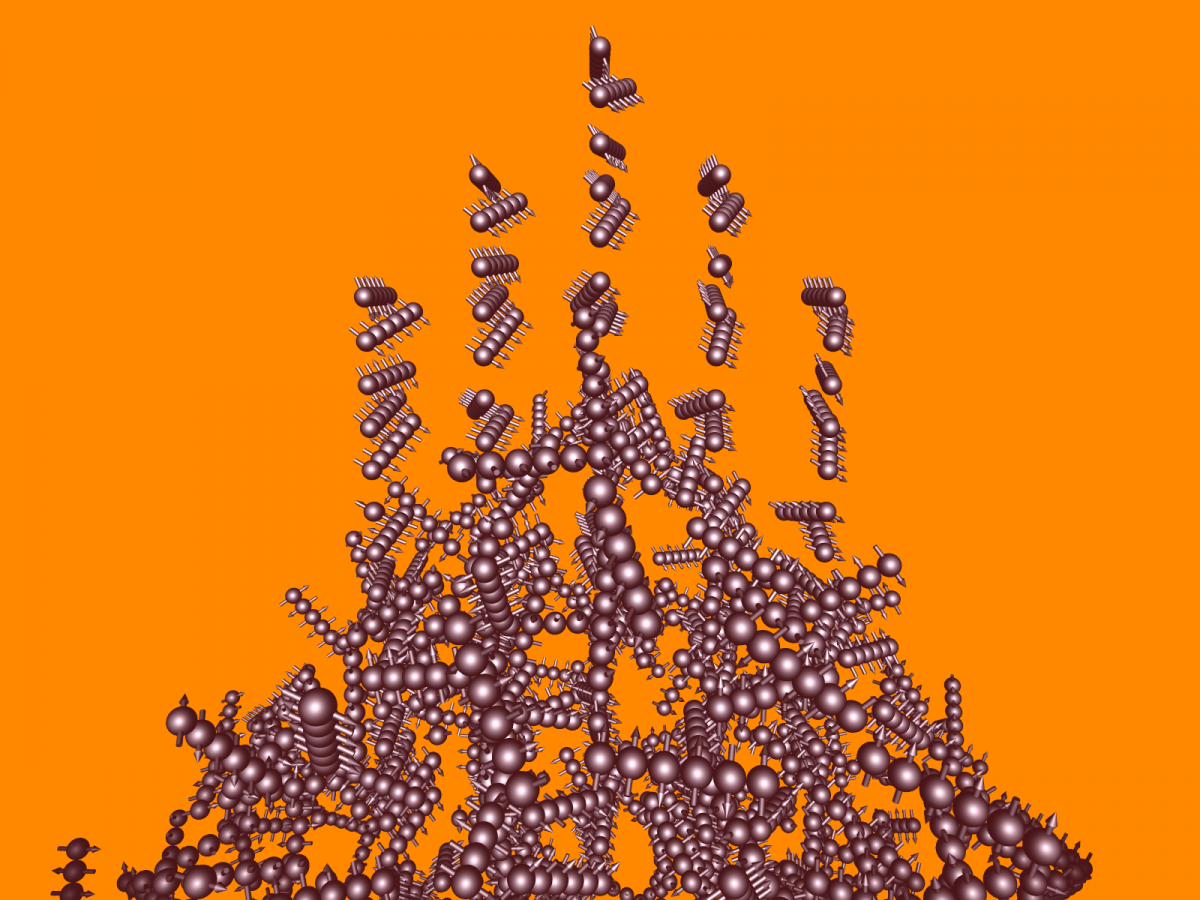 A visualisation of quantum many-body scars. Quantum systems like the Schrödinger cat can simultaneously exist in a superposition of many classical states, here represented as electrons carrying spin (up and down arrows). In generic chaotic systems, all states are strongly interconnected. By contrast, in a scarred system depicted here, some states are loosely connected to others and manage to avoid chaos.

Familiar physical systems, such as the clock pendulum, exhibit regular periodic motion. Such regular behaviour, however, is fragile.  For example, interactions between particles rapidly give rise to chaos, forcing the system to thermalise and ‘forget’ its initial state. This can be illustrated by familiar examples from everyday life, such as an ice cream that melts away and never finds its way back to the frozen state. Similarly, in the quantum realm, physicists have traditionally believed that chaos is the inevitable fate of generic systems in the absence of disorder.

Recent experiments on quantum simulators built from arrays of Rydberg atoms have observed surprising behaviour where the atoms were able to return to their initial state many times during the measurement, reminiscent of an ice cream that melts away but then spontaneously refreezes. My work provided the first theoretical explanation for this phenomenon and named it quantum many-body scars. This intriguing behaviour arises as a collective effect of many atoms, thus it is an example of an emergent phenomenon where “the whole is greater than the sum of its parts”. At this stage, the origins of quantum many-body scars largely remain a mystery, fuelling major research efforts in both theory and experiment. I have recently published an invited review article for Nature Physics summarising state of the art in this emerging field.

Quantum many-body scars of ultracold bosons in an optical lattice.

My research programme aims to perform a multifaceted investigation of quantum many-body scars, with the goal of identifying the unknown mathematical origin of this phenomenon and exploring new paradigms of order in quantum systems taken far out of their equilibrium state. As a practical application of this research, I will investigate quantum scars as a possible mechanism that would allow technological devices to preserve quantum effects at high temperatures. Currently, there is a global effort to build such devices that harness the power of quantum physics in order to provide, for example, an exponential speedup in computing power or accuracy of measurements. However, the existing quantum technology remains susceptible to thermal noise and interactions between particles, which easily corrupt the desired quantum effects. The unique resilience of quantum scars to their chaotic environment will be explored as a potential way to circumvent such challenges and unlock new technological applications.

Recently, I have been interested in how mysterious quantum phenomena such as many-body scarring could be creatively visualised through sound and movement. I have been developing these ideas together with a visual arts organisation Compass Presents and our project called “Dancing Quantum Magic” forms part of this year’s Cheltenham Science Festival. 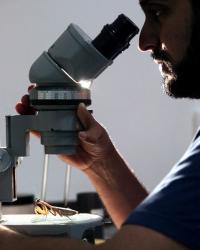 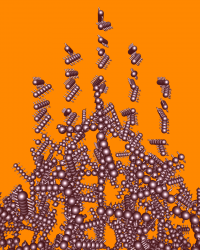