The long eighteenth century is characterised as a watershed moment for women’s increased engagement as both readers and writers; Melanie Bigold's project will provide the first comprehensive study of women’s libraries between 1660 and 1820 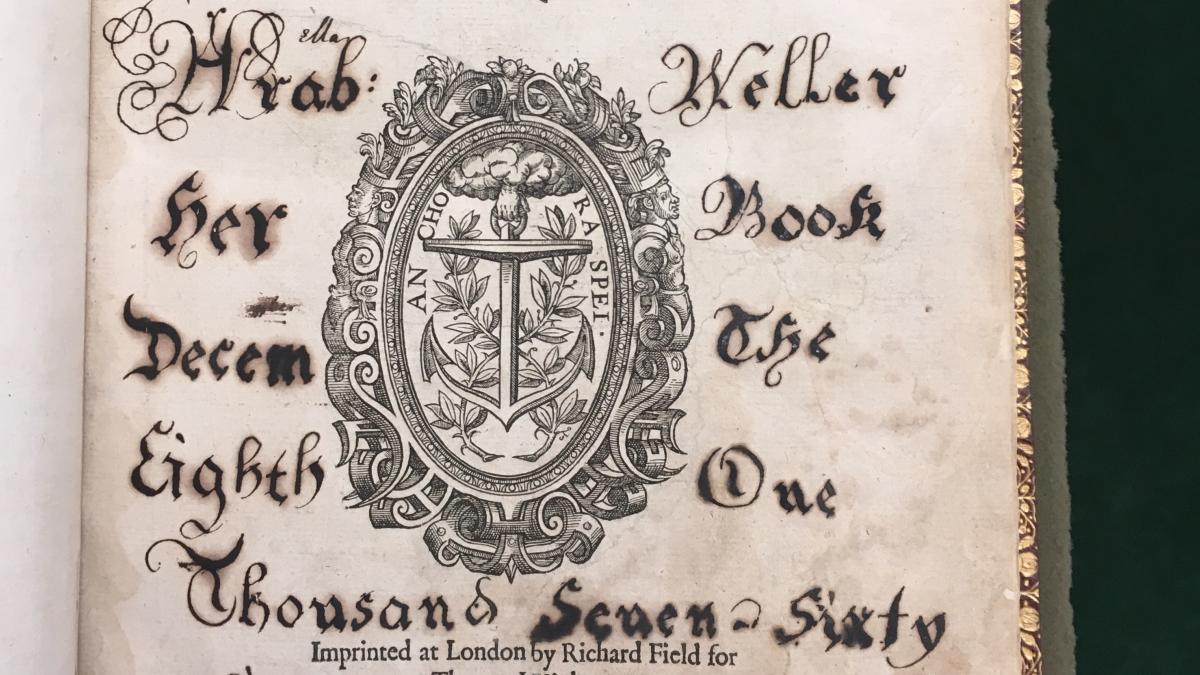 Arabella Weller marked her ownership of this edition of Plutarch’s The Lives of the Noble Grecians and Romanes (1595) in 1766. There is no question that this is ‘her Book’. STC 20067 copy 2, from the collection of the Folger Shakespeare Library.

The seventeenth and eighteenth centuries represent a watershed moment for women’s increased engagement as both readers and writers. Key to understanding that engagement is the phenomenon of the personal library. The formation of any library is a significant creative and cultural act, and such collections can provide evidence for women’s role in the consumption and direction of cultural tastes and trends in the period. It is surprising, therefore, that only a handful of studies have focused on women’s libraries. Indeed, David Pearson, who gave the 2018 Lyell Lectures on the subject of book ownership, noted that, while he had names for up to 1,400 men who owned private libraries, ‘book ownership amongst women awaits its historian.’ My project takes up this challenge and will attempt to provide a holistic picture of women’s collecting during the era credited with transforming print practices and consumer culture.

Like many, I assumed that a dearth of studies on women’s libraries was because of a lack of evidence; however, like much of women’s literary history, the evidence is often hiding in plain sight. From a shortlist of well-known libraries, such as those of Queen Caroline and Lady Mary Wortley Montagu, I have added hundreds more names from various print and manuscript sources. Part of what makes this research so compelling is the variety of primary materials. Evidence of women’s collecting and ownership can be gleaned from so many sources: manuscript library catalogues and book lists; handwritten inscriptions; printed bookplates; bookseller catalogues; wills; and inventories. It is a project that is data-rich in terms of the sheer quantity of material, but it is also visually rich.

In order to do justice to the quantitative data (hundreds of names and thousands of book titles), the project will have two outcomes: a database and a scholarly monograph. The database will enable scholars, booksellers, and families to trace female ownership. It will help historians of reading and publishing to track book-buying trends and produce more accurate statistics about the books women collected. By the end of the project it should be possible to determine which authors and genres dominated female collections. In doing so, this project will offer a vital insight into the cultural aspirations and thought processes of female readers and collectors. I hope it will also provide many other researchers with the data to answer their own queries and further their own projects in women’s book history.