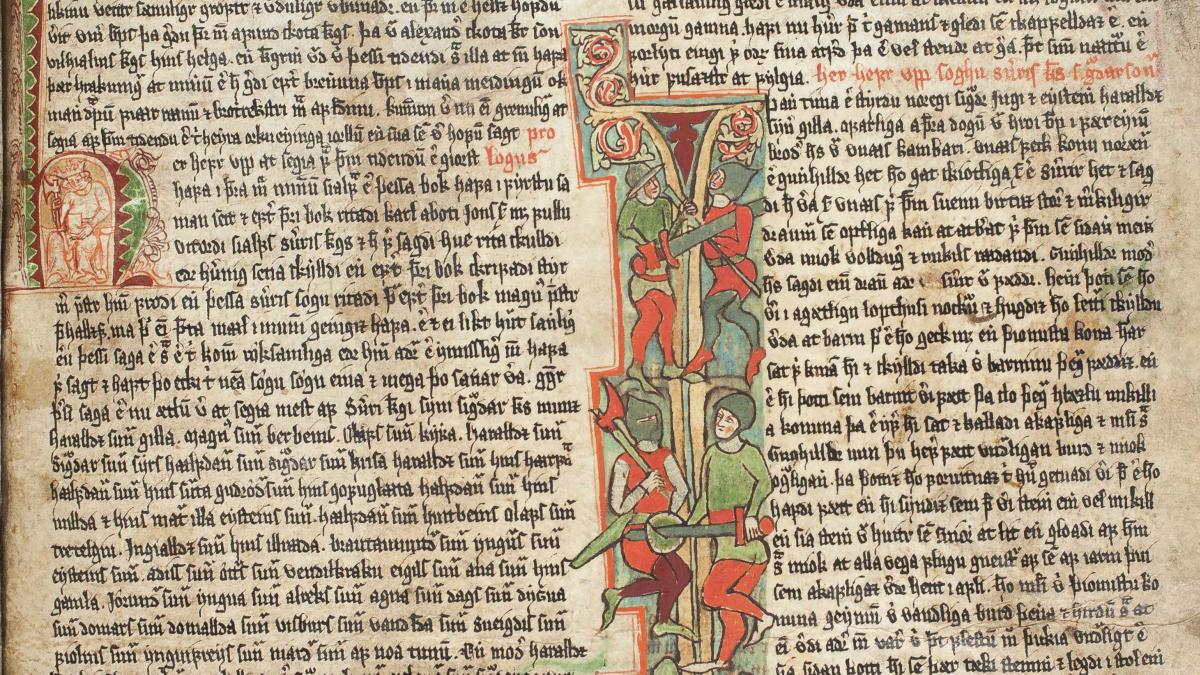 We all know what happened in 1066 – or do we? Only three weeks before Harold Godwinson fell at the Battle of Hastings, another king had fought and died for the throne of England. Haraldr Sigurðarson, King of Norway, claimed the English crown through an agreement with the descendants of Cnut the Great, formerly King of England and Denmark. From a modern perspective, it is perhaps surprising to learn that England was considered by many of its medieval inhabitants to be part of the Scandinavian world. Trade, migration and intermarriage had bound the two regions closely together during the pre-Conquest period. With the defeat of Haraldr and the victory of the Normans, themselves of Scandinavian origin, 1066 became a pivotal moment of intracultural confrontation that would reverberate far beyond the borders of England itself.

Bringing together literature from medieval England, Normandy and Scandinavia, I will examine the cultural repercussions of 1066 across the medieval north. I am interested in how writers in all three regions celebrated their common heritage and mourned the wars that brought their people into conflict. The relationship between early English and Scandinavian literature has received much attention in recent years, while the multilingual nature of the Anglo-Norman sphere is fast becoming an area of great scholarly interest. However, the relationship between the histories and literatures of the Anglo-Norman and Scandinavian worlds remains in need of further examination. I aim to address this gap in our knowledge while deepening our understanding of the cultural ramifications of the Conquest, not only in England but across the northern world.

Why does an event that happened nearly a millennium ago still matter? In the debate surrounding Britain’s decision to leave the European Union, some have used the memory of the Conquest to promote a monocultural view of the past predicated on isolationism and xenophobia. As Britain now seeks to re-establish itself outside the EU, I wish to show that our history is both more complicated and more hopeful. My work will demonstrate that England was a place of great ethnic and linguistic diversity long before the Conquest, and that the events of 1066 threw that diversity into sharp relief, even as new languages and cultures were introduced. Rejecting a monocultural view of the past, I hope to reveal instead the plurality of voices that have enriched the cultural heritage of both Britain and Europe for over a millennium.