Willingness to take risk changes systematically through the week; Rob Jenkins’ interdisciplinary project will map the range of situations in which weekday effects have been reported and determine underlying causes 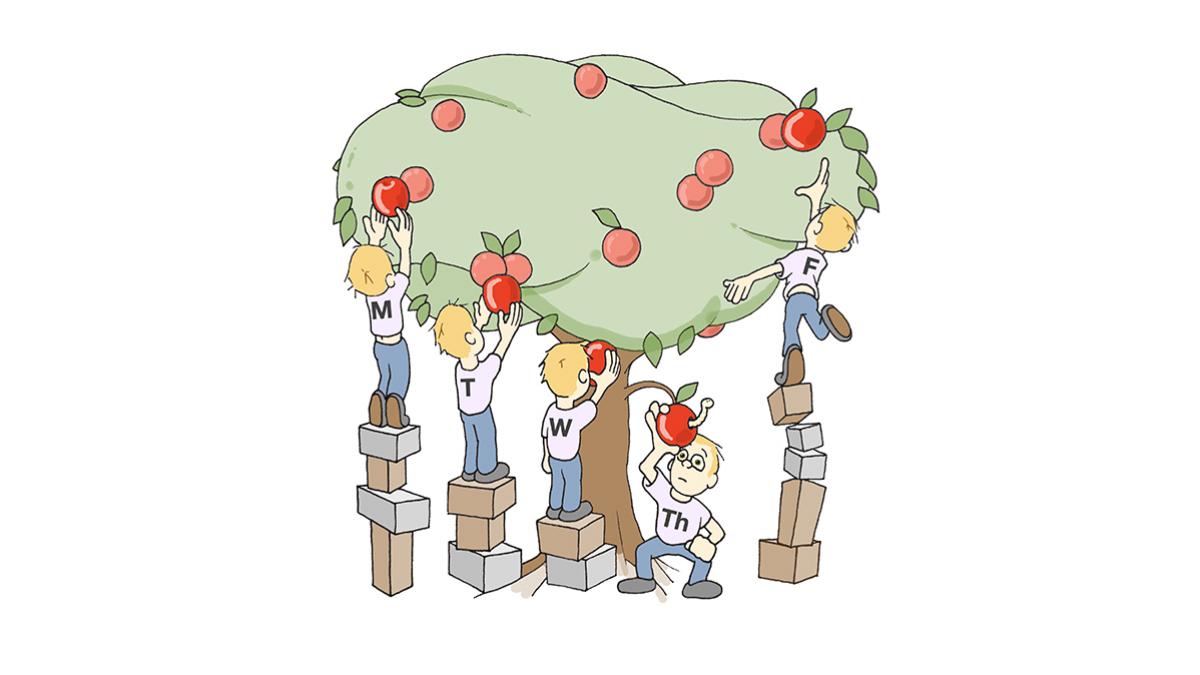 Willingness to take risks varies through the week.

Life on Earth adapted to the existing clockwork of the solar system: the spin of the planet, the tug of the moon, the long loop around the sun. Days, months and years are part of our natural habitat. They pre-date DNA. But in the last few millennia, humanity has supplemented this clockwork with a cog of its own devising – the seven-day week. It’s time to take stock of this innovation.

We are so used to the seven-day week as a backdrop for our activities, that we have come to take it for granted. Yet there is growing evidence that its procession influences decision-making and behaviour in a wide range of settings. For example, economic and public health studies have found effects of weekday on stock returns, suicide rate and attendance at medical appointments.

Our own research has shown that response to risk changes through the week: willingness to take risks decreases from Monday to Thursday and rebounds on Friday. What this means is that the outcome of a decision can depend on the day of the week on which it is taken. That turns out to have quite important consequences. In the UK, every general election since 1935 has been held on a Thursday – the most risk averse day. The Scottish Independence and Brexit referendums were also held on Thursdays. Our analysis of opinion poll data shows that the outcomes might have been different had they been held on Fridays.

Effects of the weekly cycle reach further still. Climate studies have revealed weekly fluctuations in CO2 levels and temperature. Education studies have found weekly changes in indoor air quality. All of these factors are known to affect thinking.

These examples are by no means exhaustive, but they illustrate the breadth of the available evidence and its scattered distribution across disciplines. The purpose of my project is to draw these strands of research together in a systematic review. Connecting disparate examples under one umbrella will highlight the unity of weekday effects. It will also provide a framework for examining causal relations between them.

A proper understanding of weekday effects will reveal regularities in the world that are currently hidden from view. In so doing, it will help us to make sense of the past, to improve behavioural forecasting, and to time interventions so that they are maximally effective.