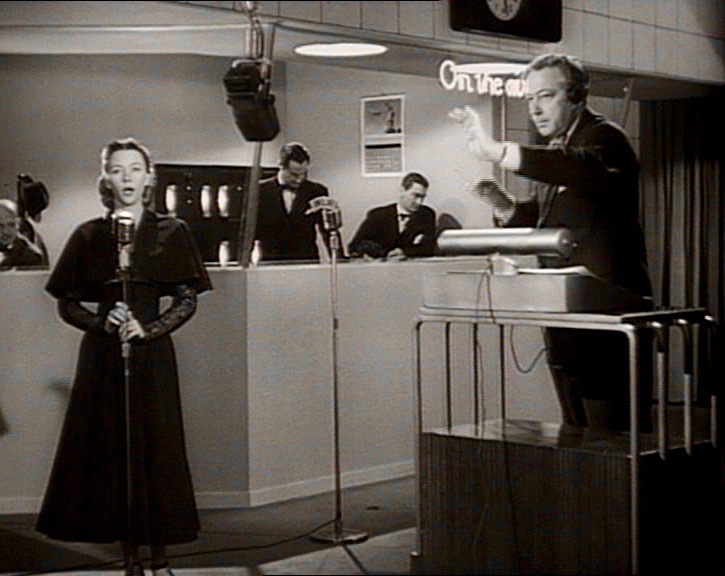 From the sweeping romance of lush violin themes, through to taut, suspenseful melodies and the sultry and suggestive sounds of the nightclub, music and sound are crucial in constructing the shadowy and subjective world of the 1940s crime film. Mysteries, thrillers and films noirs from this period exemplify both the ‘classical’ Hollywood style and the extremes of experimentation outside it, often in ways that connect explicitly with anxieties around personal and national identities during the WWII era. These soundtracks articulate and help to negotiate often challenging issues of gender, sexuality and ethnicity in striking and inventive ways – a creative approach that, like other aspects of filmmaking, had to be pragmatically integrated within the highly organised and commercially focused practices of the studio system.

The smallest and most financially precarious of the major Hollywood studios, RKO Radio Pictures was particularly associated with crime films, ranging from prestige mysteries through to cheap detective B pictures and serials. However, whilst the studio’s senior management and finances were often in flux, its music department remained stable under the leadership of Constantin Bakaleinikoff and Roy Webb. A department where economic and aesthetic considerations were perhaps even more carefully balanced than elsewhere in Hollywood, RKO’s musical output gives a particular insight into both the standardised and more innovative roles played by the soundtrack in studio era films.

One of the particular challenges in researching screen music is accounting for its full complexity as both an artistic and industrial text. Film musicologists have tended to focus on one of these areas in particular: either discussing the function and effect of the finished soundtrack, or documenting the people and processes behind the scenes. This project develops a more integrated approach to film music analysis; it draws on RKO’s archive, which include notes from initial music ‘spotting’ sessions, compositional sketches, orchestrations and instrumental parts, in addition to more general production materials and financial records. As well as extending the potential of analytical work on the films themselves, these documents allow assembly of an increasingly full list of music and sound personnel at the studio, giving an insight into how musical labour was managed in relation to both other departments and the individual demands of a particular film. They reveal a collaborative and creative approach to the soundtrack that – providing the budget was right – encouraged imaginative strategies for articulating the crime film’s gendered and ethnically charged focus on deviance, control and subjectivity.