Focusing on the plants of the south-western coast of India, Siân Bowen is investigating the relationships between rare plant life, drawing and herbaria 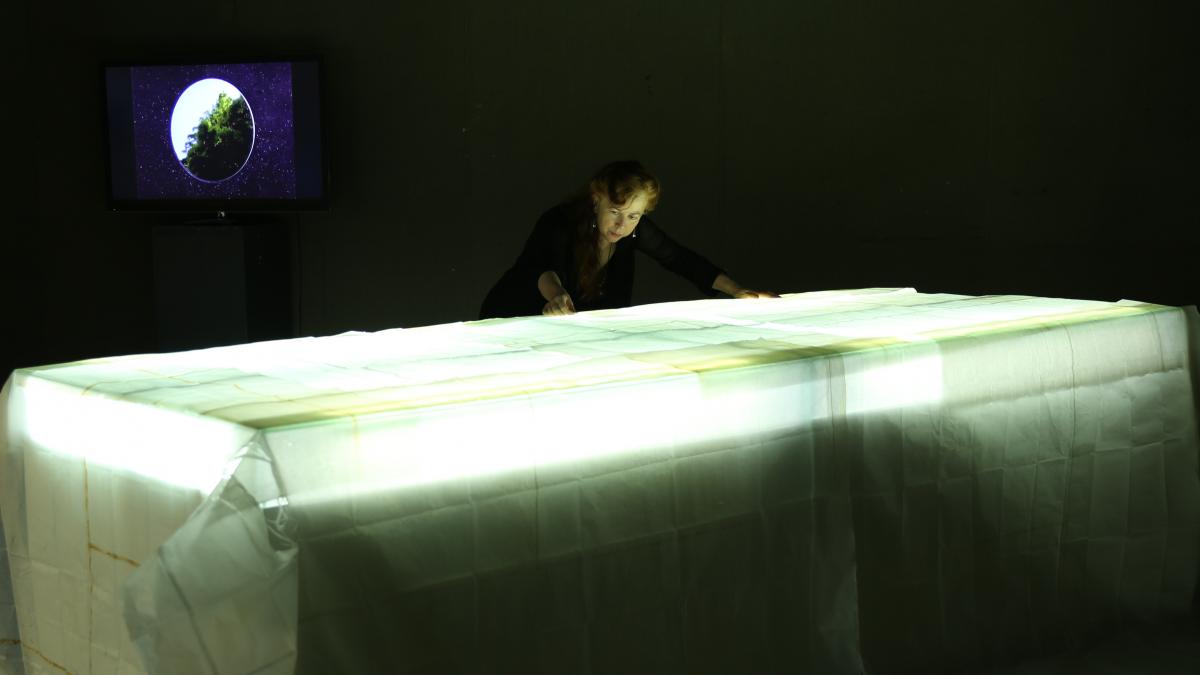 The collection and distribution of plants – once a currency of empires – still has huge social, cultural and political implications today. Thousands of species are identified as endangered or possibly extinct, while bans on the transportation of plant specimens guard against bioprospecting and biopiracy. This, together with significant contemporary interest in drawing in its broadest terms and in the sensory nature of museum objects, opens a clear position for my investigation at the interstices of fine art, botany and plant science, museology and cultural geography.

Historically, drawing has been the key means of scientific description and identification of plants. With digital technologies now occupying this central position, my project asserts that botanical illustrations and specimens are now inspiring contemporary art practices, especially those concerned with themes of ephemerality. The Fellowship is giving me the opportunity to examine in what ways drawing can – not as analytical illustration but rather as a material phenomenon – represent the vulnerabilities and resilience of rare plants. I aim to link the remarkable ephemerality of the natural world to ways in which culture mediates sensation and, in turn, enhance our understanding of rare plants’ vulnerabilities and resilience.

Taking plants of Kerala, India (formerly Malabar) as my focus, I am engaging with three distinct but interconnected historical and contemporary sites of knowledge: first, a twelve-volume seventeenth-century illustrated treatise on the region’s flora, Hortus Malabaricus, and its twenty-first-century English translation; second, historical herbaria in Edinburgh, Liverpool and Oxford that house specimens described in those publications and brought to Britain during the seventeenth, eighteenth and nineteenth centuries; and third, sacred groves surrounding temples in the coastal regions and tropical forests of Kerala, the centuries-old protection of which has ensured the survival of several of the rarest plants discussed in Hortus Malabaricus.

Its volumes are remarkable for their fine engravings and in-depth description of the region’s plants, including their sensory characteristics, and their uses as medicines, spices and dyes. I have identified some of the rarest plants described in these volumes, at Edinburgh, Oxford and Liverpool herbaria. I have also undertaken my own drawings of preserved examples of these species, reflecting the impact of conservation methods, and systems of storage, classification and labelling. I plan to make field visits to Jawaharlal Nehru Tropical Botanic Garden and Research Institute and to Kerala’s sacred groves in order to understand better the status of living plant specimens in relation to site. Through the resulting body of artworks, I aim to reflect how the materiality of drawing can make present the vulnerabilities and resilience of rare plants.