The meaning and impact of luxuries across the ancient world, 100 BCE–300 CE

Global history is a popular and expanding field, which seeks both to understand better the connectivity between human cultures, and to understand better individual human cultures through comparison with others. The connective and comparative global study of ancient cultures has, however, traditionally been focussed on the dynamics of empires (e.g. the Roman and Chinese Han Empires); the economics of connective trade routes (most famously the Silk Roads); and the comparative study of particular disciplines within different cultures (e.g. philosophy and science in ancient Greece and China).

I am the first ancient historian to join the Warwick University’s Global History and Culture Centre, marking an expansion of the remit of Warwick’s global history agenda and a new connection between the Department of Classics and Ancient History and the Department of History. During my Leverhulme Research Fellowship, I am combining one of the hallmarks of the Warwick approach to global study – the analysis of the socio-cultural and political impacts of global trade – with the ancient historical evidence for developing trade networks. My research project examines the socio-cultural and political meaning and impact of the trade in luxury goods across the Mediterranean, Asia, India and China in the period 100 BCE–300 CE (when the permanent connective arteries of trade were being formulated across these communities). I ask three crucial questions about the impacts of particular luxury goods moving across these worlds: 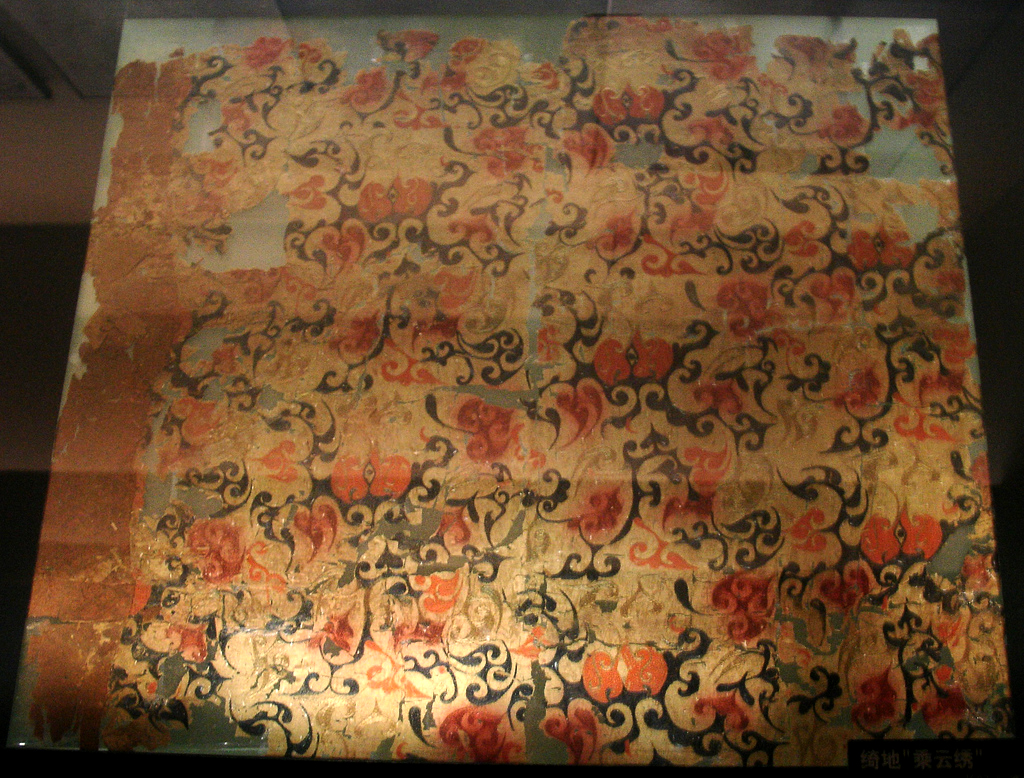 Flower-patterned silk from the Tomb No. 1 at Mawangdui, Changsha, Hunan province, China, dated to the second century BCE during the Western Han Dynasty (202 BCE–9 CE). Reproduced under CC BY-SA 2.0.

During the course of the Fellowship, I will be working with the ancient global history centres at Warwick, Oxford and Stanford, as well as with colleagues at the Institute for the History of Ancient Civilisations, Northeast Normal University (‘NNU’), Changchun, China. I plan to publish my research in a monograph with Cambridge University Press.