Mapping the shores of the solar neighbourhood

The solar neighbourhood is still an unexplored frontier, due to difficulties in disentangling nearby stars from distant background objects; Boris Gäensicke aims to carry out the first census of all stars near the Sun 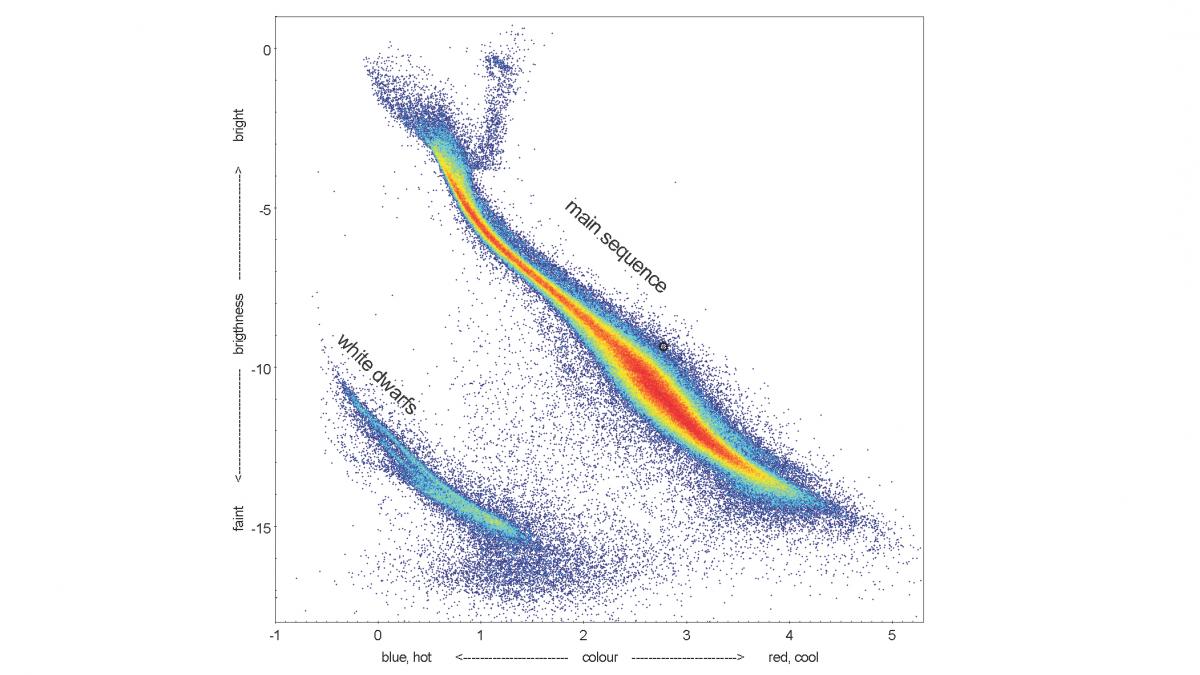 The 350,000 stars within the solar neighbourhood mainly fall into two categories: stars on the main sequence resemble brighter or fainter versions of our Sun, whereas white dwarfs are the burnt-out cores left behind by main-sequence stars that reached the end of their lives.

The Sun and its planets live in a small patch of the Milky Way known as the solar neighbourhood, stretching out just a few percent of the distance to the Galactic centre. It is precisely at our doorstep that we find, by definition, the brightest and closest examples of all kinds of stars and planets, which hold an enormous scientific potential to develop our understanding of the birth, life, and death of stellar and planetary systems. And yet, the solar neighbourhood has remained one of the last unexplored frontiers of astronomy, due to the difficulty in disentangling nearby stars from more distant background objects and the lack of facilities able to obtain detailed observations of a sample of stars which are sparsely scattered  over the entire sky.

New instruments both in space and on the ground now enable us to overcome these historic limitations. The Gaia satellite mission of the European Space Agency is, for the first time, accurately mapping the positions and distances of over one billion stars. I have used the Gaia results to identify 350000 stellar systems within 325 light years of the Sun.

Within this project, I will begin the next, more challenging step: measuring the masses, temperatures, chemical abundances, and ages of these stars. I will obtain the necessary data with new spectrographs capable to observe hundreds to thousands of stars at once. These instruments are mounted on telescopes located on mountain tops in Chile, New Mexico, Arizona, and on La Palma, giving access to the northern and southern skies.

Once completed, this study will represent a complete census of the stars within the solar neighbourhood: those recently born, those that died many billions of years ago; stars that live in solitude, stars which give rise to planetary systems, and stars born in binaries, some of which undergo cataclysmic interactions. Ultimately, it will shape our view of how both the Sun and the Earth fit within the tapestry of the Universe.