Cutting and pasting: making print rooms in Britain and Ireland, 1750–1840 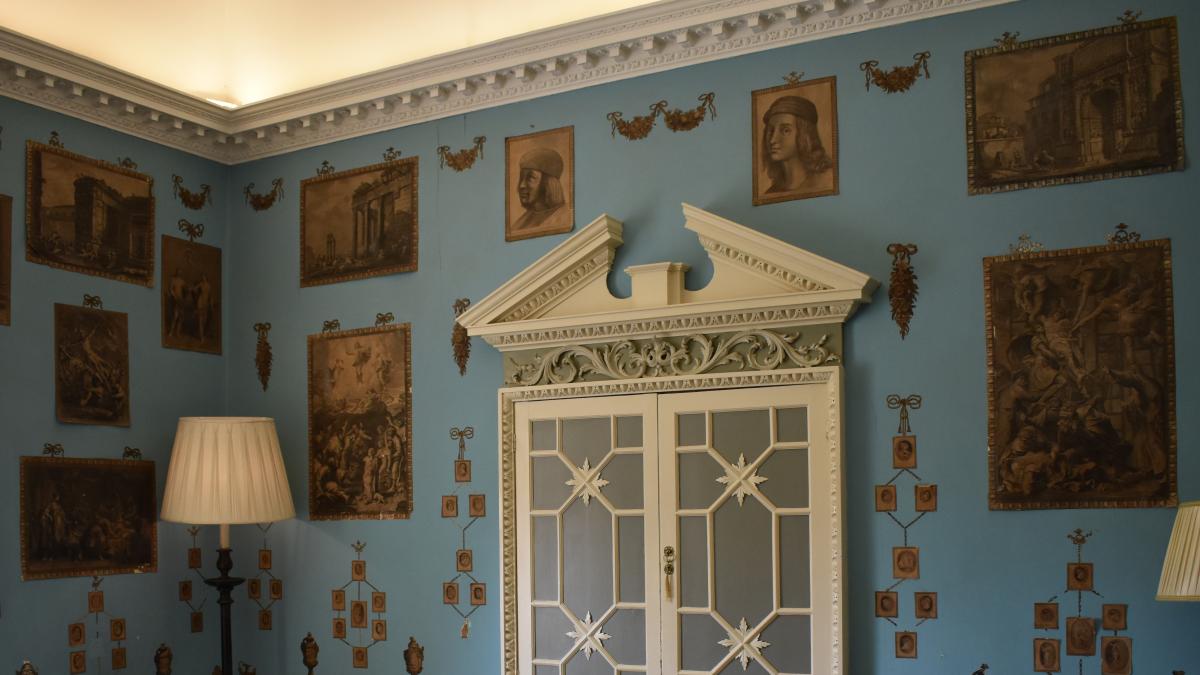 Print rooms, Ston Easton Park in Somerset, created in the 1770s (then the seat of the Hippisley-Coxe family).

In 1775, the London printseller Robert Sayer issued an ‘enlarged catalogue’ of the ‘new, scarce and valuable prints’ in his stock. As well as offering single plates, he also made available ‘fine prints in sets’, which – he noted – could be used “to ornament Rooms, Staircases, &c. with curious borders representing frames, a fashion much in use”. These ‘curious borders’ are advertised later in the catalogue, along with other decorative prints to enhance such displays: ‘festoons of flowers, trophies of various kinds, circles, Ovils of different dimensions … every ornament necessary for fitting up print rooms’.

This was a fashion which had only got going in Britain and Ireland in the 1750s, but became quickly established. Anything from modest numbers to more than 300 prints could be pasted onto the walls. These were trompe l’oeil paper galleries, the prints ‘hung’ from bows and rings, interspersed with floral swags and festoons, sculptural prints of busts and urns ‘placed’ on dado rails. It was a fashion which chimed with other stylistic trends of the period, such as ‘Etruscan’ decoration. Printmakers and publishers like Sayer quickly capitalised on and fed into the trend, marketing extant prints and producing bespoke material to include in these schemes. However, the fashion fizzled out in the early nineteenth century, as quickly as it had started. Fragile spaces, only a dozen survive today. 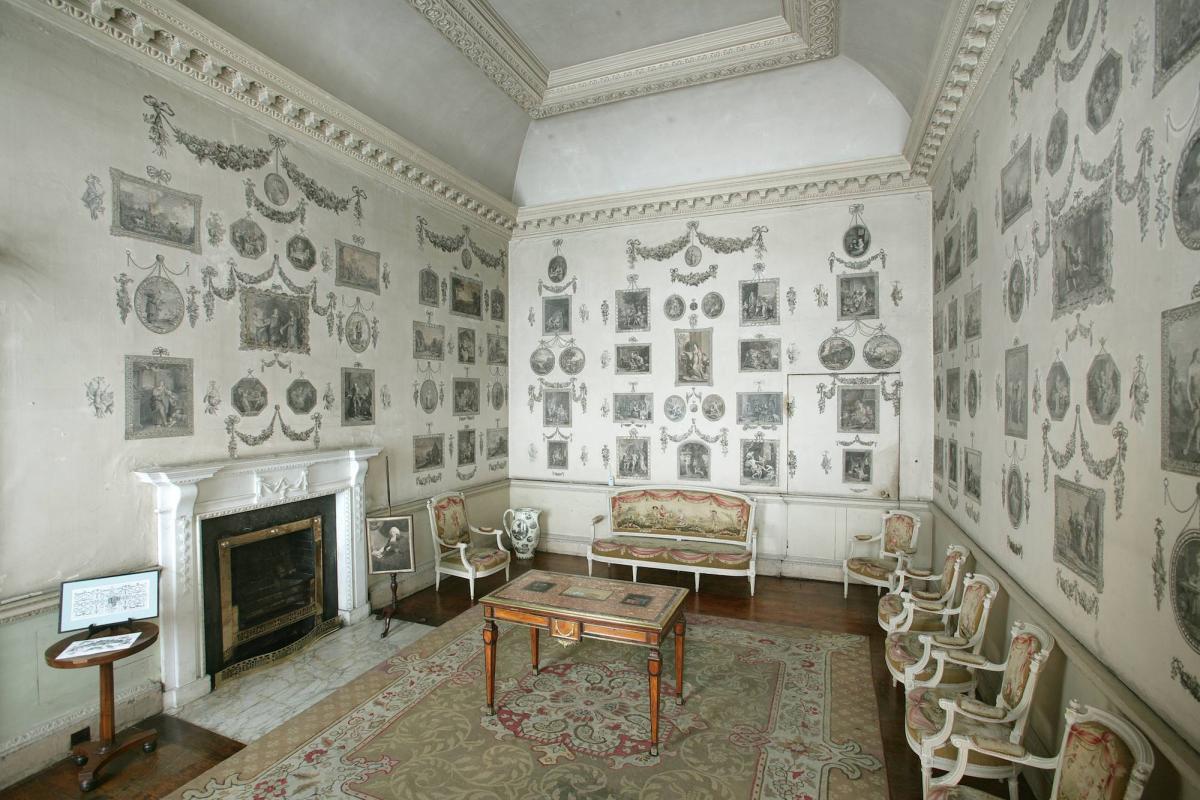 My research will result in the first comprehensive, book-length study of the British and Irish print room. It builds on intensive field work, cataloguing, and archival research on both extant and lost print rooms to consider a number of key questions. Who, for example, created these decorative schemes? Print rooms are often thought to have been the work of ‘elegant ladies’. Certainly, in 1817, Caroline Wiggett dismantled a folio of prints at The Vyne in Hampshire to while away a period recovering from the measles. However, a short time later, the 1st Duke of Wellington created a three-dimensional scrapbook of his greatest military triumphs in a series of rooms at nearby Stratfield Saye. These rooms were, furthermore, not always the result of amateur practice, but could also be created by professionals. Firms such as that of the cabinet-maker Thomas Chippendale offered their services commercially for the business of cutting and pasting.

My project also looks in detail at the effects of these displays, which typically relied on ‘sets’ interspersed with featured images. I consider what it meant to recontextualise reproductive prints in this way, looking at how meaning was refracted by different juxtapositions. But, these ‘paper galleries’ were also about decoration and I explore the relationship between image/subject and pattern making in these rooms. Reproductive prints were cropped and cut into various shapes, whilst borders were creatively adapted. Such early modern collaging even extended to the production of inventive, composite print images. These print rooms thus have much to tell us about the possibilities of individual, engaged interaction with reproduced material in the period, adding to our knowledge of cognate practices such as extra-illustration, découpage and japanning.