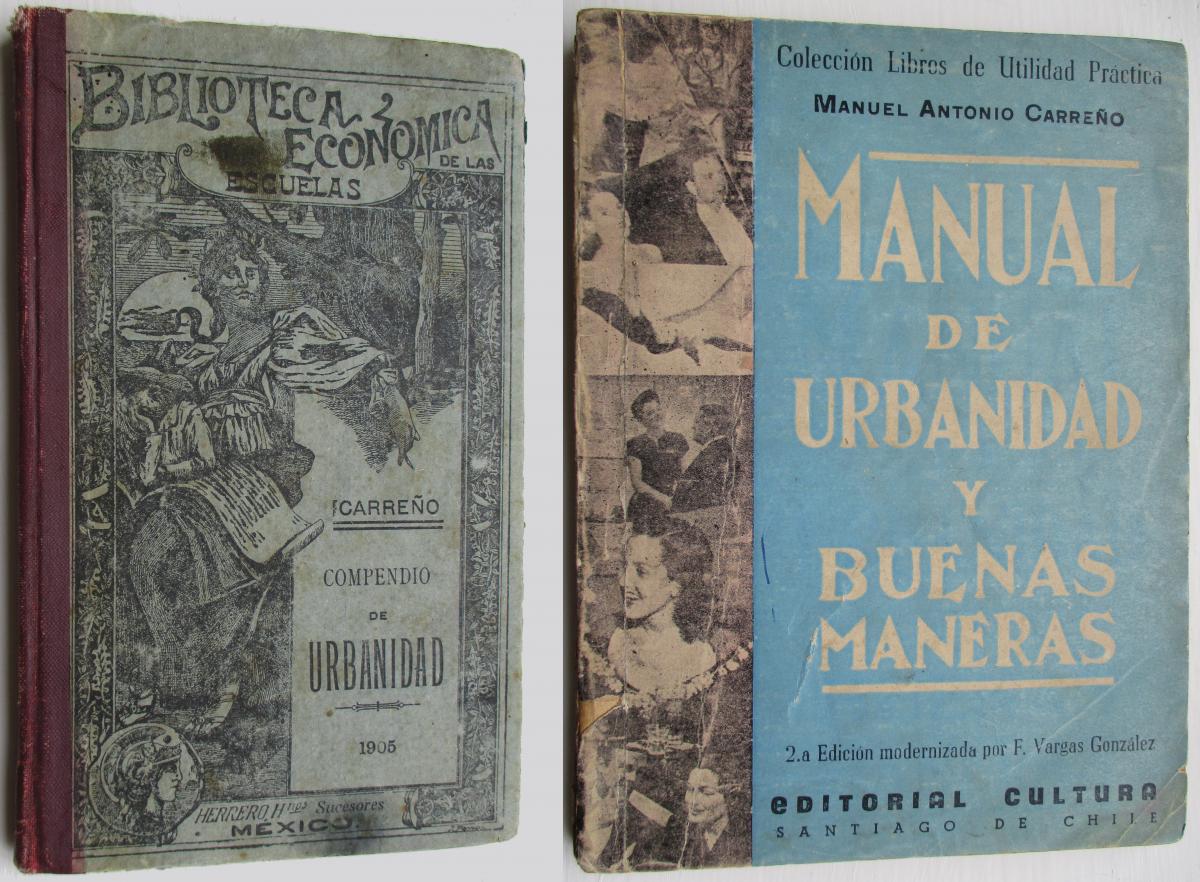 Left: the 1905 copy of the Compendio del manual de urbanidad purchased by Patience Schell in Puebla. Right: an updated version, from the mid-twentieth century, published in Santiago, Chile.

In the mid-1990s, as a doctoral student, I bought a battered textbook about etiquette – published in 1905 (or 1906! It includes both…) – from a used book stall in the Mexican city of Puebla. Years later, I realised that it was an abridged version of the best- and long-selling 1853 Manual de urbanidad y buenas maneras (Manual of Courtesy and Good Manners) by Manuel Antonio Carreño, which is still in print today. Little is known about the full scale of this publishing phenomenon, even as, in the Spanish-speaking world, ‘Carreño’ and his manual quickly became and have remained cultural signifiers for good manners.

The book’s ubiquity has allowed it to fade from historical view: it is the salt and pepper on the table, so common as to have escaped notice. Why did the Manual de Carreño become, and why has it remained, an iconic arbiter of manners and smooth coexistence? My Leverhulme Research Fellowship will allow me to answer these big questions.

In the first large-scale historical analysis of the text, I will study its rich history, tracing its circulation, republication, updating, adaptation and plagiarised travels in the Spanish-speaking world. A citizens’ manual and an etiquette guide, the original book resonated in Spanish America, a region within living memory of fratricidal independence wars. In the nineteenth century it became a required school textbook; readers of means ordered leather-bound versions, whereas pamphlet-style versions were targeted at readers on a budget.

More recently, in 2018, it has been satirised on YouTube, updated for mobile phone etiquette and the gym and used in an award-winning Colombian PR campaign to sell Redd’s hard cider. Changes and adaptations like these chart social responses to a range of social and technological transformations. Yet continuities offer equally compelling points for analysis. For example, a 1984 Chilean military etiquette guide uses Carreño’s understanding of courtesy as core to social harmony, in the context of a military dictatorship that disappeared and tortured its citizens. For readers who learned manners through the manual’s detailed rules and those whose parents threatened punishment for ‘Carreño’ violations, the text has deep personal meaning.

An important component of this research will be engaging with readers – as well as editors and YouTube satirists, among others – to find out what Carreño means to them. Their understandings of Carreño, combined with archival work and careful textual analysis, will allow me to uncover the full scale and meanings of this ongoing publishing phenomenon. 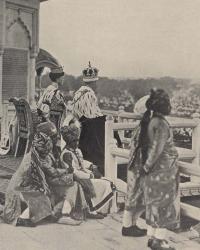 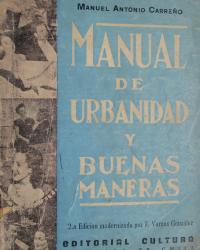