Rainer Groh’s research is providing important new insights into the design of aerospace structures; working at the boundaries between disciplines and collaborating with computer scientists, his research team have developed shape-changing materials for human-computer interaction

A micrograph image of a tow-steered bundle of carbon fibres held together by epoxy resin.

Light-weighting is a perpetual design driver for any industry featuring heavy moving machinery, typical examples being the aviation and space industries. In the case of the aviation industry, lighter aircraft are more fuel efficient, more economical for airlines and less polluting for the environment. Similarly, in the space industry the structural mass of a rocket determines how much payload can be carried into orbit. In both cases, the basic calculus is the same: every additional kilogram of vehicle structure required to sustain the flight loads translates into more fuel required to travel the same distance. Increasing the amount of fuel carried by the vehicle comes at the cost of reduced payload and greater fuel consumption. Reducing the structural mass of aerospace vehicles is thus a crucial part of optimising performance and making the industry more environmentally friendly.

Generally speaking, the three predominant light-weighting strategies are: (i) designing more slender structures (e.g. thin-walled shells); (ii) using advanced, high-performance materials (e.g. carbon-fibre reinforced plastics); and/or (iii) making structures multifunctional (e.g. shape-adaptive behaviour). These three light-weighting strategies lead to mechanical behaviour that is increasingly complex and nonlinear. For example, thin-walled structures easily buckle or collapse when placed in compression and shape-adaptive structures are designed to snap dynamically between different shapes. In both cases, elastic instabilities govern the behaviour of the structure – for a benefit in the latter and to a detriment in the former.

My research focuses on developing computational and experimental techniques that allow engineers to better understand and then prevent, or utilise, elastic instabilities in engineering design. As part of this, I am investigating the use of tow-steered composites, which is a technology pioneered at the University of Bristol that allows carbon fibres to be steered in curved trajectories. Using this technology, we can place stiff or compliant material where it is ideally needed, either to prevent deleterious buckling instabilities, or to enhance beneficial shape adaptation. Furthermore, tow-steering allows engineers to smoothly blend material stiffness between different regions to distribute internal loads in a way only previously seen in biological structures. The Philip Leverhulme Prize funds will allow my research team to investigate biologically inspired, shape-adaptive structures that use material blending and elastic instabilities to achieve several different morphologies. 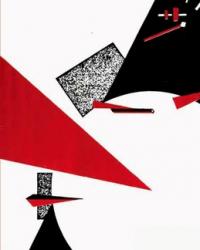 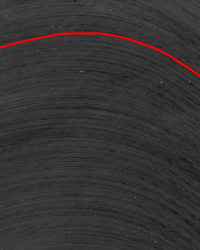