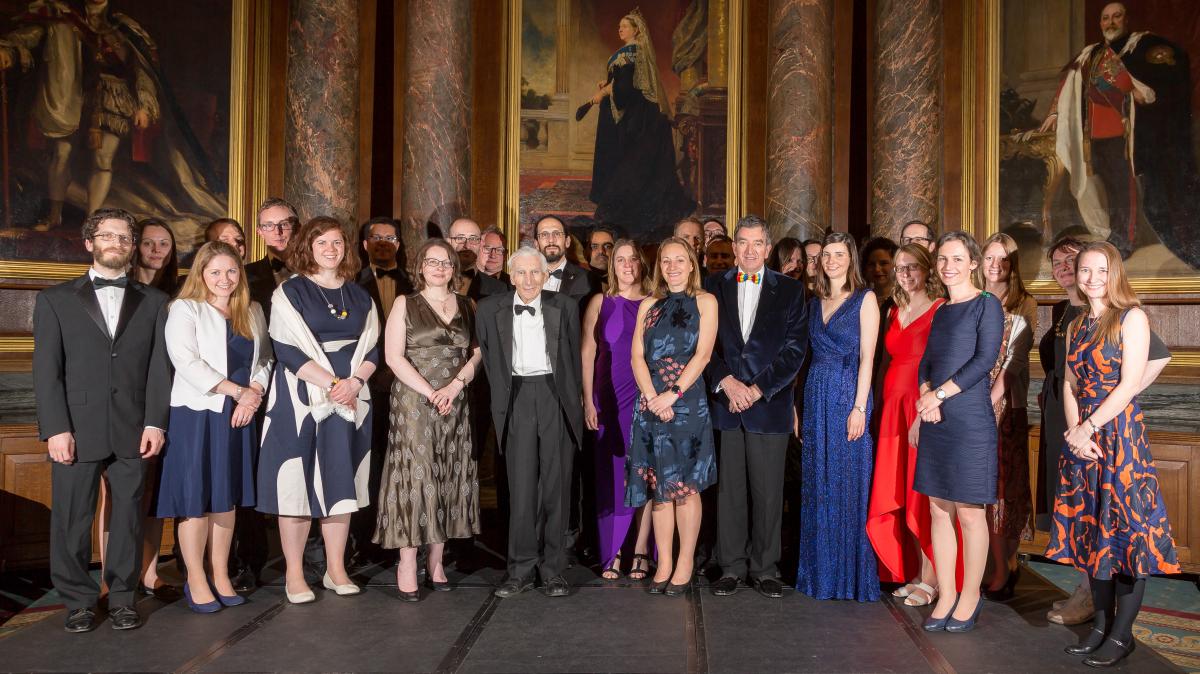 Earlier this month a Gala Dinner was held at the Drapers' Hall in the City of London in honour of the 2018 Philip Leverhulme Prize Winners – pictured above. Some 140 guests – including the prize winners, their families and colleagues, together with judges, senior academics, vice-chancellors and many other prominent figures from the worlds of higher education and research – joined by the Trustees and Director of the Trust to enjoy an award ceremony, and a celebratory address by Astronomer Royal, Martin Rees…

It’s a pleasure and privilege to be standing here today. Since I was introduced as ‘Astronomer Royal’, let me start with a disclaimer. I was once asked ‘Do you do the Queen’s horoscopes?’ But I had to reply that I wasn’t an astrologer, and that scientists are very poor forecasters – almost as bad as economists.

Congratulations to the prize winners – I hope that the award will help lubricate the next few years of your research career.

Congratulations also to the Leverhulme Trust for funding you. There are a lot of prizes in academia. But most go to the wrong types of people – to winners who already have a lot of prizes, or who don’t need the money. Some such awards glorify the donor more than the winners.

But these awards go to the right people. It’s early-career scholars who need the boost.

And they’re the individuals our universities should cherish.

It would be really bad news if not enough top young talent were attracted towards academia. And that’s a worry today.

Some people will become academics come what may – the nerdish element (of which I am one). But a world-class university system like the UK’s cannot survive just on these weirdos. It must attract a share of young people with flexible talent – the kind who are savvy about their options. and are ambitious to achieve something by their thirties. If that perceived prospect evaporates, such people will shun academia.

And that’s a risk.

Fifty years ago, the academic profession was still growing exponentially, riding on the expansion of higher education. On university faculties, the young outnumbered the old, and the old retired in their 60s. It was reasonable to aspire to lead a group while still quite young.

What’s even more off-putting is the pervasive ‘audit culture’ and the deployment of ever more detailed ‘performance indicators’ to quantify our ‘outputs’. Universities must be business-like – so must a hospital, so must a church – but that doesn’t mean they should be run like a business.

When academics extol ‘free wheeling’ research – they risk being accused of an ivory tower arrogance that disregards their obligations to the public. But they should counter such allegations. Choices of research project are anything but frivolous: what is at stake is a big chunk of our lives, and our professional reputation; not just money is being staked.

It is by enabling committed individuals, like today’s prize-winners, to back their own judgement that funding agencies will best sustain high-quality and cost-effective universities.

The second special virtue of the Leverhulme prizes is that they cover the whole map of learning – science, technology and engineering, but also social sciences and humanities.

In a context where politicians extol scientific and technological education – the STEM subjects – it’s important to sponsor social sciences, humanities and the arts as well – not just STEM but STEAM.

These are important in our universities – but at school level too. It’s sad if citizens can’t tell a proton from a protein or are bamboozled by bad statistics. But it’s just as sad if they can’t speak another language, don’t know the history of their country, and can’t find Syria or Korea on a map.

I myself have more affinity with humanistic scholars than the average scientist does, because my own research fields are pursued more for cultural reasons than in expectation of economic spin-offs.

But there should be absolutely no snobbery about ‘pure’ science. My engineering friends like a cartoon that shows two beavers looking up at a vast hydroelectric dam. One says to the other ‘I didn’t actually build it but it’s based on my idea’. Armchair theorists like me should be very modest compared to those who build things that work and meet public demand. I think our Chairman would resonate with this.

Finally, let me use the privilege of age to offer the prize-winners a few comments on how your future careers may pan out.

It’s conventional wisdom that scientists don’t improve with age – that they ‘burn out’. The physicist Wolfgang Pauli had a famous put-down for scientists past thirty: ‘still so young, and already so unknown’. But I hope it’s not just wishful thinking to be less fatalistic. There seem to be three destinies for us. First, and most common, is a diminishing focus on research – sometimes compensated by energetic efforts in other directions, sometimes just by a decline into torpor. A second pathway, followed by some of the greatest scientists – Linus Pauling and Fred Hoyle are two examples – is an unwise and overconfident diversification into other fields. They over-reach themselves, to the embarrassment of their admirers. But there is a third way. This is to continue to do what one is competent at, accepting that there may be some new techniques that the young can assimilate more easily than the old, and that one can at best aspire to be on a plateau rather than scaling new heights.

But here the arts and humanities have an advantage. There are many authors, composers and painters whose last works are their greatest. But few scientists for whom this is so. The reason, I think, is that artists , though influenced in their youth (like scientists) by the then-prevailing culture and style, can thereafter improve solely through ‘internal development’. Scientists, in contrast, need continually to absorb new concepts and new techniques if they want to stay at the frontier – and that’s what gets harder as we get older.

I’ll finish on a fogeyish though not an entirely frivolous note. Some years ago I spoke at a dinner hosted by Oxford’s then Vice Chancellor to honour faculty who’d gained big grants. I reminded them that two of the most valuable pieces of intellectual property to come from Oxford did not come from scientists or engineers – but from Professors of Renaissance Literature and of Anglo Saxon. I refer of course to C.S. Lewis and J.R.R. Tolkien – whose works, decades later, earn billions for the so-called creative industries. These two distinguished scholars – both, in style and attitudes, archetype old-style Oxford dons – would feel disaffected aliens in today's world of REF, line management, and the audit culture. Their values were the traditional ones: commitment to an institution, and to scholarship and learning for their own sake.

We’ll all be losers if the system fails to nourish such people today. And it’s good that the Leverhulme Trust is doing so much to sustain their values and principles. 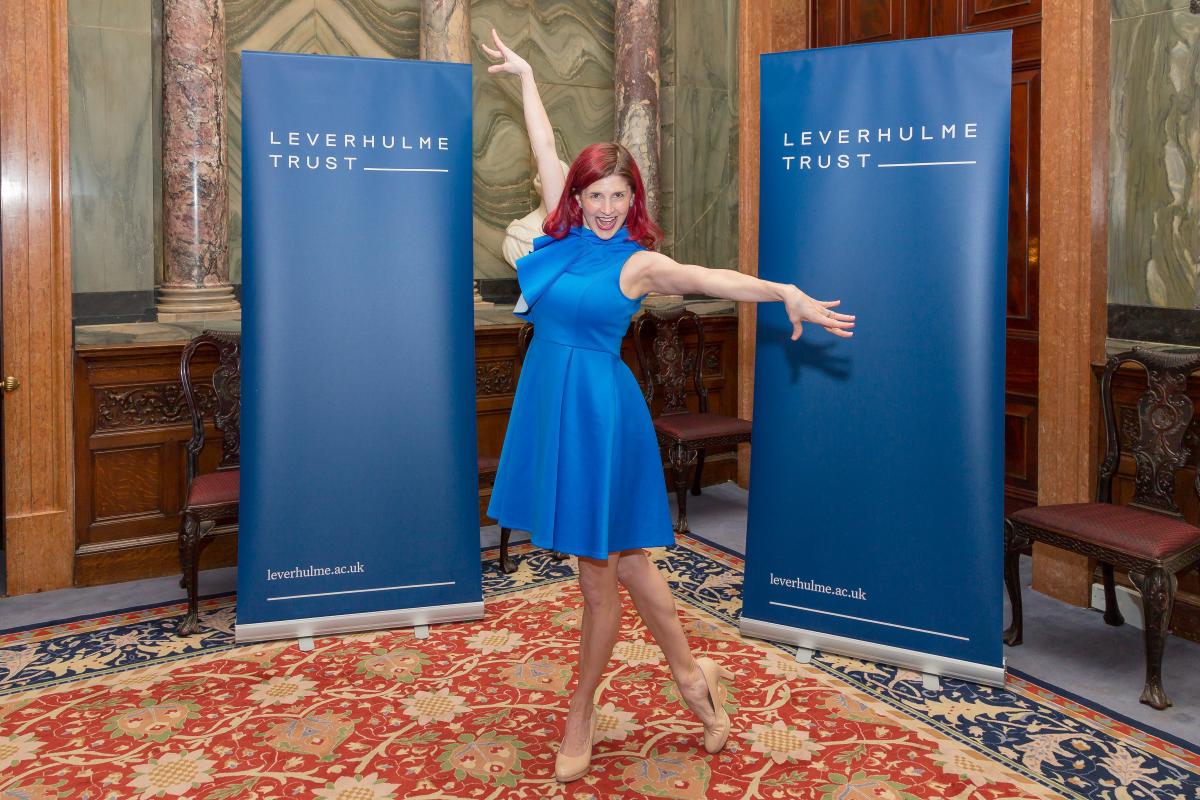 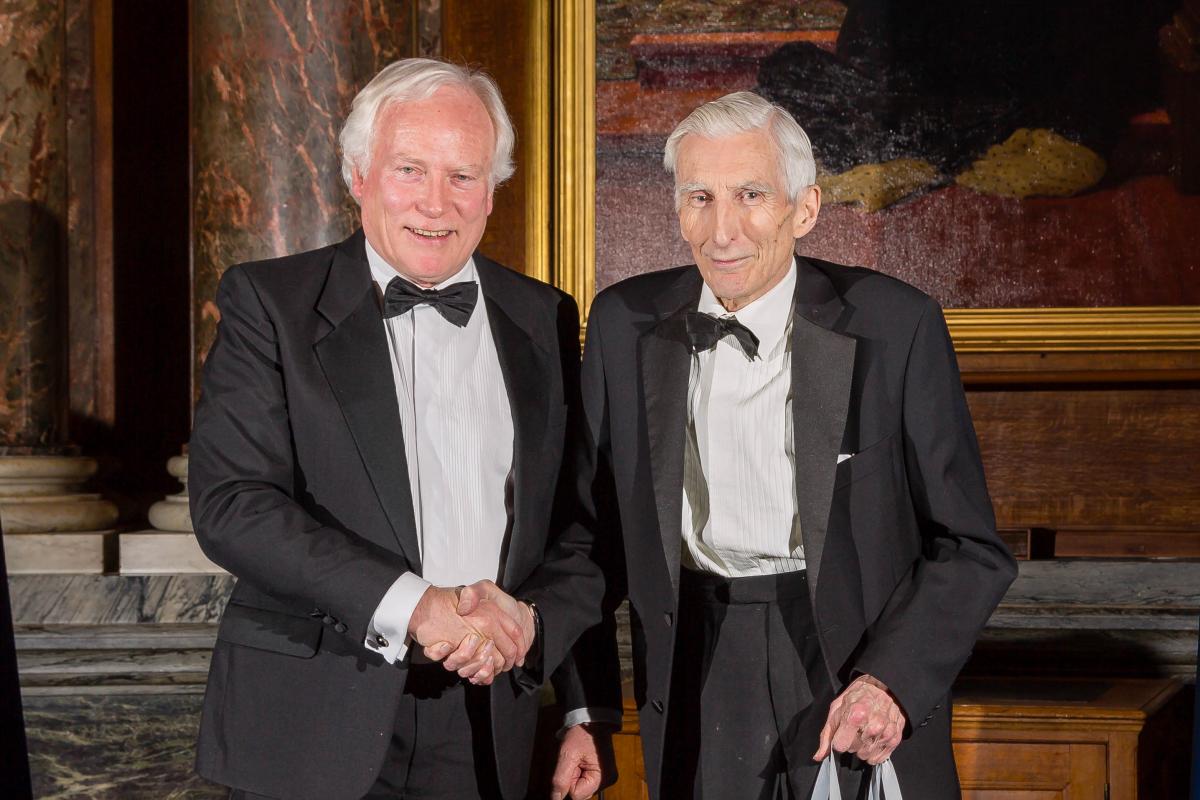 In 2018 the Trust offered five prizes in each of the following subject areas: Classics; Earth Sciences; Physics; Politics and International Relations; Psychology; Visual and Performing Arts.

Further details of each of the 2018 Prize Winners can be found in the Gala Dinner Programme 2019.