The ‘Bridge Over Troubled Water’ project has published around 3,600 Roman objects found in the River Tees at Piercebridge, near Darlington, to investigate if many of them previously assumed to be rubbish eroded or dumped from a nearby settlement were in fact ritual offerings. 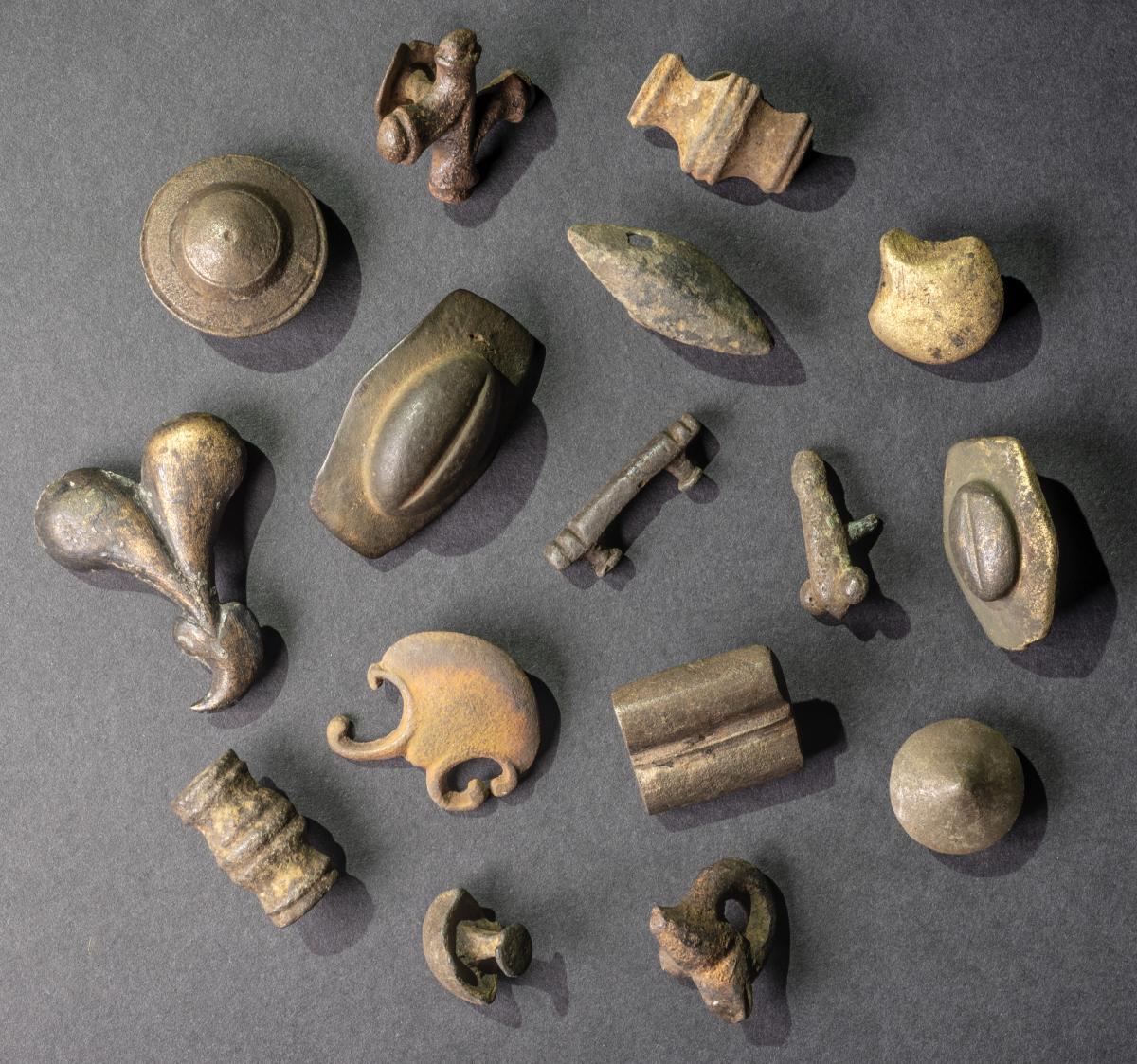 A selection of studs from the riverine assemblage, thought to have been used in horse harnesses. Those representing male or female genitalia were designed to protect the wearer from the evil eye. Photo: Aaron Watson.

Funded by the Leverhulme Trust and led by archaeologists from the University of Reading and Birkbeck, University of London, the project beat seven other entries to the Research Project of the Year title in the annual Current Archaeology Awards.

Professor Hella Eckardt, a Roman archaeologist at the University of Reading, and project co-lead, said:

“It is a great honour to win this award – and it shows how much we can learn from objects using new approaches. This is the first time an entire Roman river assemblage has been analysed, and our work provided some fascinating insights into the identities and practices of the people of Roman Britain.”

“Another innovation was to really consider the fluvial context of the find – how does it relate to a nearby confluence for example, and could Piercebridge have been the site of a shrine to ‘Mars of the Confluence’?”

The two-year Research Project Grant looked at items retrieved by two divers (Bob Middlemass and Rolfe Mitchinson) from the River Tees between the mid-1980s and 2018.

The items found in Piercebridge include figurines such as one of Cupid, military items, and gold jewellery such as rings and necklaces. Analysis explored the gender, origin and beliefs of the people who used and deposited these objects. The archaeologists also considered the ritual qualities Romans attached to rivers.

Rivers were considered dangerous in ancient times, with prayers and sacrifices to the river gods viewed as necessary to cross them. During ancient religious festivals in Rome, effigies made of bundles of straw were thrown into rivers from bridges.

However, far less is known about day-to-day offerings Romans made from bridges, with finds in rivers often poorly published. Frequently only the coins or unusual objects are catalogued, making it impossible to assess the range of practices that occurred at river crossings.

The project aimed to place the finds in their context to increase understanding of beliefs and behaviours in Roman Britain, and across the Roman Empire.

Read an account of the research from the Trust’s Carolyn Allen, in our February Newsletter.