Voltaire: made in England

David Wootton will use Voltaire’s English experience to study Enlightenment cosmopolitanism, radical politics in the age of absolutism, and the English origins of the French Revolution 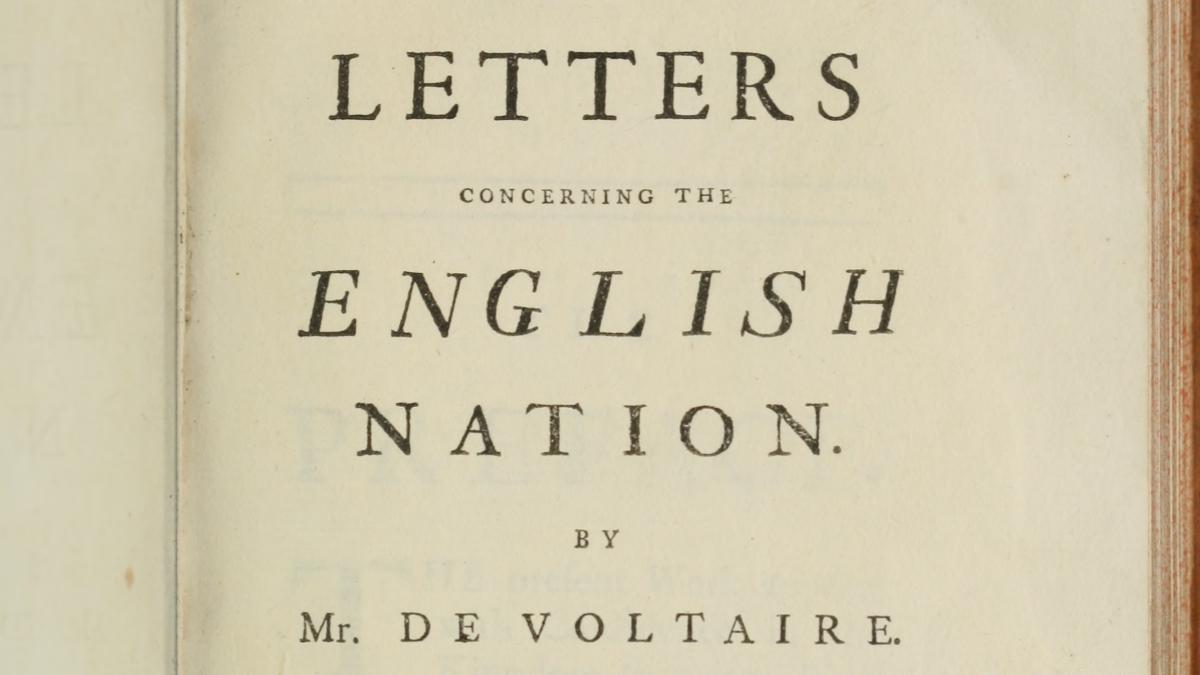 Voltaire lived in England from the middle of 1726 to the end of 1728. He had been exiled from Paris after a fracas with the duc de Rohan. He had chosen to move to England because of its political liberty, its religious toleration, and its free press. He arrived, aged 31, a minor poet and dramatist, he left an historian, essayist and philosopher. He arrived with the barest smattering of English; by the time he left he found it hard to think or write in French, so deeply had he been immersed in the language, the literature, and the culture of England. While in England he published two long essays in English (on epic poetry and on the French wars of religion). These were his first significant works in prose. He also published in England, dedicated to the Queen, his epic poem, the Henriade. He obtained a £200 p.a. pension from the English government – he claimed to have been “commanded” to write about England, and that was perhaps a condition of the pension.

Voltaire was still caught up in England and the English for the first years after he left. In 1730 his poem on the death of Adriana Lecouvreur contrasted the Church’s refusal to allow her to be buried in consecrated ground, because she was an actress, with the burial of Anne Oldfield in Westminster Abbey: Quoi! N’est-ce donc qu’en Angleterre / Que les mortels osent penser? In 1731 he published Brutus, about Junius Brutus, the hero of the early Roman republic, a play he had begun in English – in these years Voltaire did not hesitate to describe himself, to close friends, as a republican. It is prefaced by a lengthy letter addressed to Bolingbroke, much of it devoted to a discussion of Shakespeare. He was already writing La mort de César, inspired by Shakespeare’s play (1736). In 1732 he published Zayre, a tragedy about a Christian slave girl in the Ottoman empire – the very notion that a tragedy might concern itself not with kings and queens, but with the religious conscience of a slave, was extraordinary – with a long preface in praise of commerce and social equality addressed to his good friend, the English merchant Fawkener. In 1733 his Letters Concerning the English Nation appeared, first in an English translation by Lockman, and then, the next year, in England as Lettres sur les Anglois and in France as Lettres philosophiques – the French publication being promptly banned and burnt. Here he praised the Quakers, commerce, Locke, Newton, and religious freedom. The book was an extended survey of the superiority of English over French culture. In 1738, now in exile at Cirey (where he taught English to Mme du Châtelet, who was translating Newton and Mandeville into French), he published Elémens de la philosophie de Neuton (English, 1738), a major contribution to the popularisation of Newtonian physics. (The famous story of Newton and the apple had first appeared in print in the Essay on Epic Poetry.)

Living in England, speaking English, writing in English Voltaire felt himself become a different person: “I think and write like a free Englishman” (April 1728). England was the land of liberty, “a nation of philosophers”, and this was apparent not only in its politics or its treatment of religious difference, but in its very language, which was full of energetic adverbs. Quite deliberately, Voltaire tried when he returned to France to introduce into French culture some of the styles and mannerisms which had struck him as alien when he first encountered them in English. Voltaire’s new poetry and drama were part of a long-run strategy for building a culture of freedom.

I retain for my life something of the English in me
Voltaire to Fawkener, 13 June 1746