The drunken gods: a new study of ancient Mesopotamian mythology

Drawing on academic, hymnic and iconographic sources as well as the long narrative poems, Andrew George is writing a new study of ancient Mesopotamian mythology 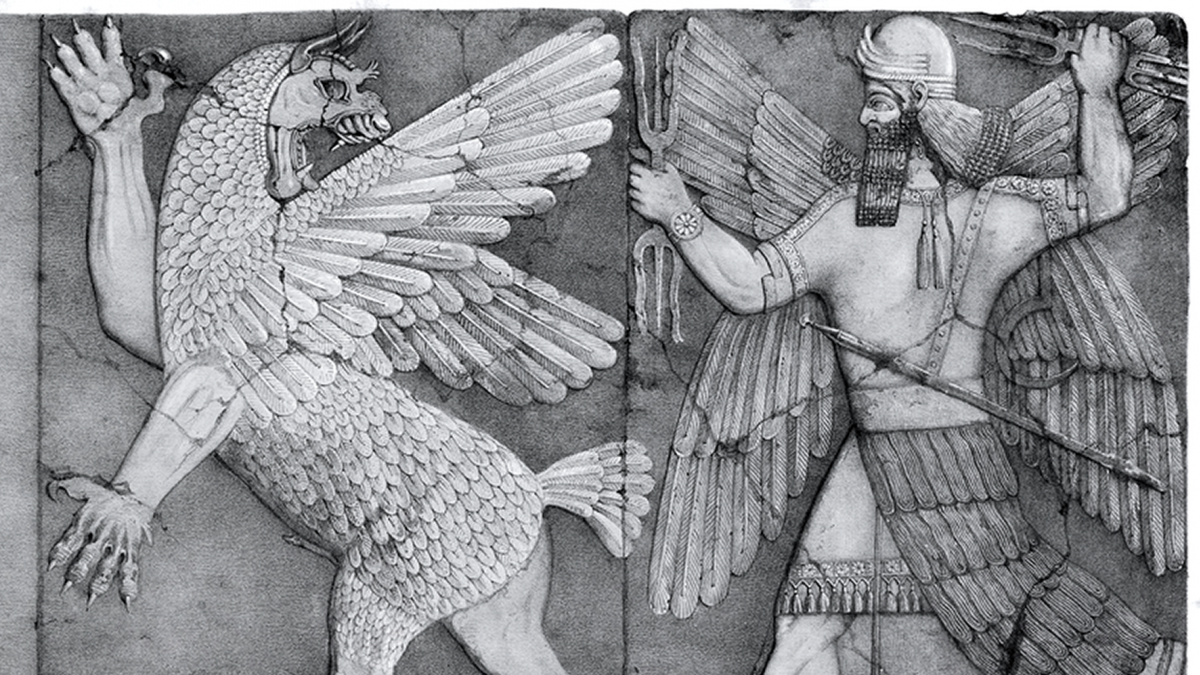 The mythology of ancient Mesopotamia is preserved in the world’s oldest poetry and other texts written in Sumerian and Akkadian. Like other archaic mythologies it is a repository of ancient wisdom, holding serious answers to the great existential questions: What am I? Where am I? Where did I come from? Where am I going? What is it all for? For a long time I have wanted to write a book-length study of the ancient Mesopotamian mythology that treats it seriously, as a body of material that still has valid things to say today. The project’s title flags up this point: when the gods are intoxicated, things will not go well for human beings.

Mythology has as many definitions as there are mythographers. My intention is to restrict mythology to stories about origins. Similarities between myths in different civilisations of different times and places suggest that the mythology of origins is very old: much, much older than even the oldest surviving writing. What we find in the written narratives of ancient cultures are thus not themselves original myths, but very late elaborations of myths, parts of myths, and combinations of myths. The narrative poems of ancient Mesopotamia are tendentious and leave out as much mythology as they include. Their inadequacy as sources for myths of origins is clearly seen from a rich mix of other sources – academic, hymnic, iconographic – that suggest the existence of much mythology not captured in any narrative composition. The task is to redress the imbalance by recovering this latent mythology and including it in the synthesis.

In the past the study of Mesopotamian mythology has been limited to the great narrative poems and organised by secondary factors, whether the poems themselves, or their themes, or their protagonists. I am going to use another organising tool: time. It is an obvious means of ordering the mythology of origins, because this mythology consists of stories, and these stories are related to one another chronologically, beginning with what existed first, passing through the wars of the gods and the creation of the earth, and coming down to the world we know. Time was used to organise mythology in antiquity — for example in the biblical book of Genesis and in Apollodorus’s anthology of Greek mythology – and has been similarly used in modern times by comparativists such as Michael Witzel. So I want to test the Mesopotamian myths’ fit into a chronological, narrative storyline.

What I hope will emerge is a study of ancient Mesopotamian mythology that is based on all the evidence, not just the big narrative poems, that tells a coherent history of the universe, from the beginning until the modern era, and that also teaches us something about ourselves on the way.

A cuneiform tablet inscribed with an Old Babylonian poem describing how the ram god Bazi made his cult-centre on Mt Bashar. Courtesy the Schøyen Collection, Oslo and London.