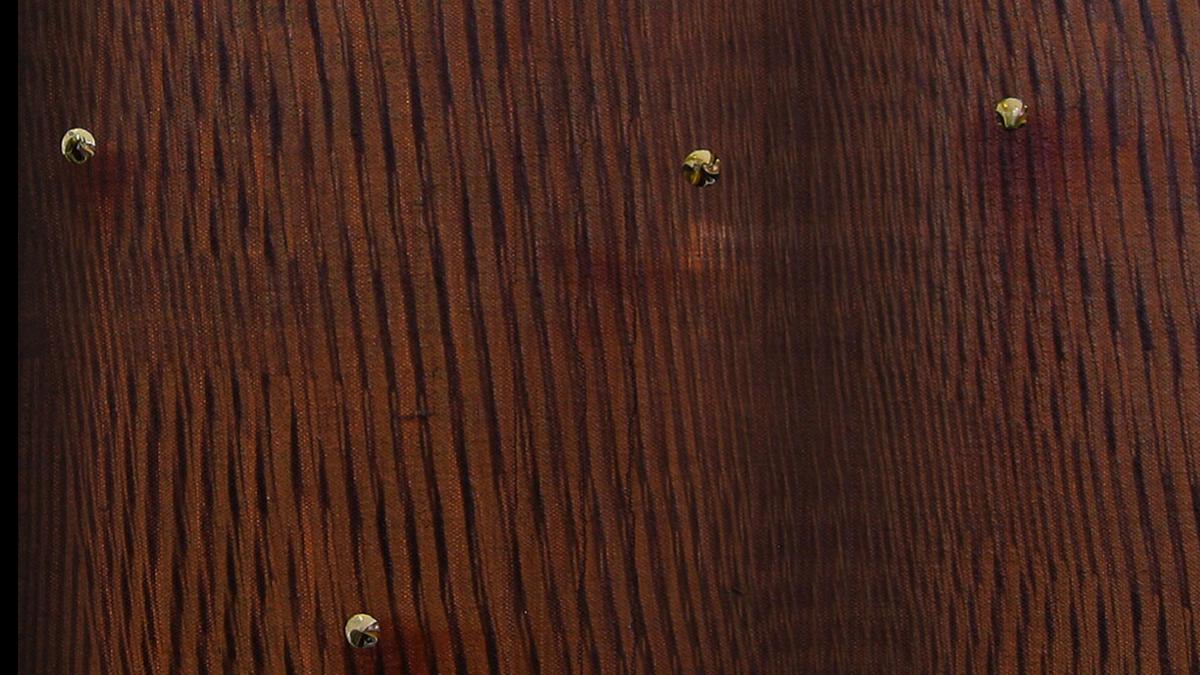 From October 2010 – June 2011 the Leverhulme residency was undertaken with composer, Prof. Monty Adkins in the Music Department at the University of Huddersfield. However, the project continues to develop and evolve and now comprises an exhibition of paintings, sound compositions and also a substantial book Shibusa - Extracting Beauty written and edited by Monty and I and also including texts by arts writer, Roy Exley and Kyoto-based kimono designer, Makoto Mori.

The project took, as its starting point the analysis of Japanese katagami stencils (finely cut paper stencils used to create repeating pattern on kimonos and the potential synergies between music and painting resulting from this study. Notions of pattern, rhythm, colour and vibration within music, visual art and craft became key components of the collaboration. These identified crossovers between disciplines facilitated further scrutiny into Japanese aesthetic culture and also the notion of the integrity of developing skills in one’s craft – whatever that may be. The eloquent observations of life, art and objects by Jun'ichirō Tanizaki in his book In Praise of Shadows was a significant reference for me, personally.

A second, important, reference was Richard Sennett’s book The Craftsman - the first of his three volumes on material culture considers ‘the skill of making things well’. He refers to many areas of craftsmanship including that of the arts and crafts and also music, architecture, social use of buildings and psychology and interaction within the workplace.

I undertook a brief trip to Kyoto to interview artisans involved in the kimono industry. The visit took place in April 2011 just days after the devastating tsunami. Through Professor Yuzo Murayama of Doshisha Business School, who leads the program: Innovative Globalization of Kyoto’s Heritage Industries, I was introduced to three craftsmen of Kyoto: Makoto Mori, Yunosuke Kawabe and Taro Matsumara. Their generosity and insight into the difficult bridge between traditional skills and high technology are covered in detail in the book.

Monty and I exchanged many sketches and ideas during the residency, resulting in an interim exhibition Hajime – The Beginning in February 2011. I continue to make works based on this project and these are to be showcased, together with Monty’s compositions, in a forthcoming exhibition Patterns of Shadows at the Daiwa Anglo Japanese Foundation in London in March 2012. In addition to lectures and tutorials with music students, there was interaction with the University’s Textile department where an introductory talk was given to 3rd year students and high quality katagami scans were donated to the Department for student exploration projects.

This Residency was the keystone for a collaboration that continues to gather momentum as we further develop, research, produce and present works to a wide-reaching and diverse audience. We hope to offer the book, audio CD and paintings to venues beyond April 2012.