Well preserved: creatures of the Cretaceous that crept, crawled and flew at opposite ends of the ancient Eurasian continent 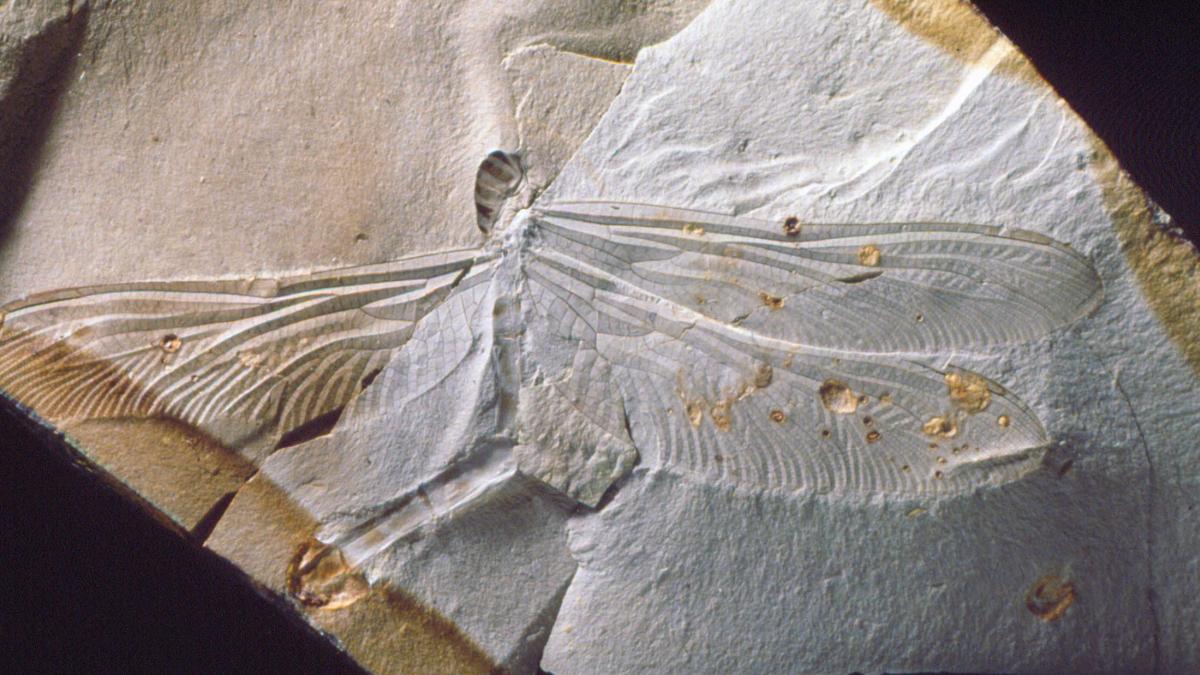 Extinct dragonfly in mudstone from the Weald of southern England.

Amber – fossilised tree resin – is valued by scientists for the extinct plants and animals it often contains, trapped in its once sticky ooze and now exquisitely preserved. Burmese amber (amber from remote northern Myanmar, sometimes called burmite or even birmite) contains the greatest diversity of insects known from the Cretaceous period, dating from the latter part of the age of the dinosaurs, some 100 million years ago. Absolute (radiometric) dating of the mudstone containing the burmite, undertaken only five years ago, showed it was 98 million years old. But the fossil resin had clearly become separated from the original wood and was sometimes bored by shellfish (bivalves) before being buried, indicating that it was even older than the enclosing mudstone, perhaps by several million years.

All the major divisions of living insects (orders) are represented in Burmese amber, beetles (Order Coleoptera) being one of the most diverse, but the majority of species are yet to be identified. My project therefore aims to document the archaic species present (archostematan beetles). Today, these animals are often seen as rare ‘living fossils’, clinging on despite the global loss of primaeval woodland and the evolution of more modern beetles. But the Myanmar fauna have has already produced some forms not seen today, showing that archaic beetles were a thriving part of the mid-Cretaceous terrestrial revolution which saw the rise of the flowering plants.

The amber record is inevitably biased towards smaller species. None of the larger species, such as the notocupedin archostematans, is available in amber for scientific study. These big beetles are, however, relatively common in Cretaceous wetland deposits such as those currently being dug in the south of England for making bricks. Thus these ‘rock’ fossils are complementing amber inclusions from the opposite ends of the ancient Eurasian continent to reveal the bigger picture.

A surprising discovery (because of their comparatively large size) is the number of dragonflies preserved in Burmese amber, especially small damselflies, many of which are being studied for the first time. These flying predators were flourishing in the Cretaceous alongside flying reptiles and the burgeoning birds. Often incompletely embedded in amber, the dragonflies’ showy fossils are also complemented by wetland rock specimens as their young larval stages would have lived in water.

Amber is rare in the south of England, but as I write, reports are coming in of amber with insect inclusions having been found in Cretaceous coal (ancient peat) in another part of Myanmar: there could be more exciting finds!