Structural and metamorphic evolution of the Nepal Himalaya 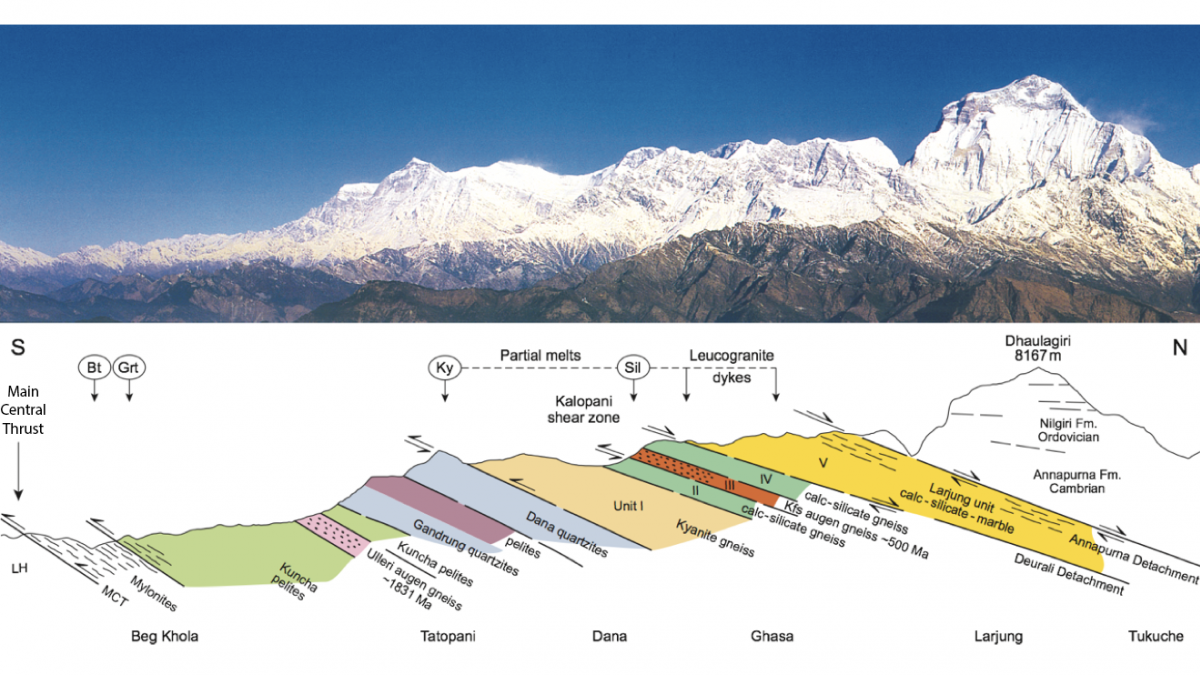 Profile across the Greater Himalaya in Nepal along the Kali Gandaki gorge. Note the inverted metamorphic isograds above the Main Central Thrust.

The collision of the Indian plate with Asia c. 50 million years ago resulted in the formation of the Himalaya and renewed uplift of the Tibetan plateau. The northern Himalaya are composed of highly deformed sedimentary rocks that originally formed the passive continental margin of the Indian plate. The Greater Himalaya, including most of the high peaks, are composed of metamorphic rocks that resulted from crustal shortening and thickening, achieved through extensive folding and thrusting. Burial of these rocks to depths between 15–40 km resulted in metamorphism and growth of new metamorphic minerals. Typical minerals such as biotite, garnet, staurolite, kyanite and sillimanite grew with increasing temperature and pressure over the period 40–15 million years ago. At the highest temperatures (above 750ºC), the rocks started to melt, resulting in widespread migmatites and leucogranites that typically contain garnet, muscovite, biotite and tourmaline. <1% of the rock has radioactive minerals, like zircon and monazite, that can be dated using uranium, thorium and lead isotopes in mass spectrometers. Chemical analyses of metamorphic minerals can be modelled to obtain accurate pressure (P) and temperature (T) constraints. Thus, we aim to have accurate PT-time paths for individual rocks across the Himalaya, recording the entire thermal history. Many of the highest peaks of the Himalaya – including Manaslu, Makalu, the base of Everest – are composed of these spectacular leucogranites. The Greater Himalayan metamorphic rocks, approximately 10-30 km thick, are bounded by a major low-angle normal fault (South Tibetan Detachment) along the top, showing condensed right-way-up metamorphic isograds; and the Main Central Thrust along the base, with characteristic inverted metamorphic isograds. Both structures dip to the north, defining a southward extruding mid-crustal slab along the highest peaks of the Himalaya.

This project aims to construct two detailed structural cross-sections: one along the Kali Gandaki river gorge (see above image) between Dhaulagiri and Annapurna, and a second one from the peak of Manaslu south to the southern boundary of the Himalaya, using structural mapping, metamorphic petrology and thermochronology data from previous expeditions, as well as new data collected in the next two years. It is hoped that this project will result in a new geological map, balanced cross-sections and constraints on the minimum amount of crustal shortening, the timing of peak pressure (depth) and temperature across the entire mountain range. These data are required to make meaningful models that explain how the Himalaya formed. 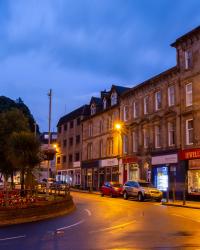 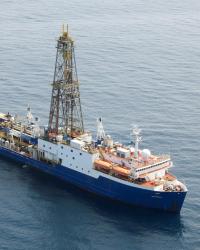