What does it mean to say that the British forest is always in quotation marks? 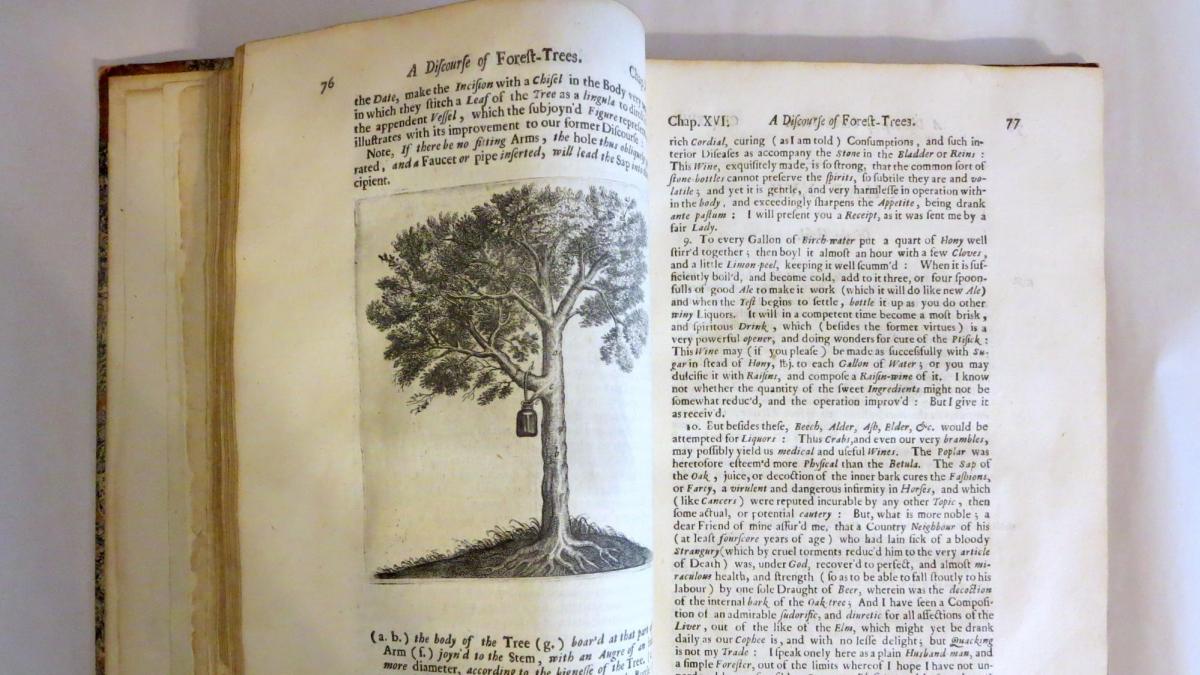 John Evelyn's Sylva, or A Discourse of Forest-Trees and the Propagation of Timber in His Majesty's Dominions (1664).

Coinciding with the anniversary of the Charter of the Forest, my Early Career Fellowship brings attention back to the definitional acts of British forests and woodlands. Forests have always been notoriously tricky to define (take Dante: ‘Ah me! how hard a thing it is to say / what was this forest savage’). In fact, the very word ‘forest’ in its first Domesday Book usage shows a linguistic slippage: it has more to do with legal boundaries than to do with trees, and is linked to conflicting meanings such as ‘foreign’, ‘forum’, and ‘reserved/excluded’, giving contrary readings of an alien or occupied space. Forests have also long been the space of conflicting ideological positions and civil/state rights and resources, which is why defining what we mean by the forest – and what the forest means – empowers a control of both the legitimacy and legibility of wood and culture more generally. Our semantic choices have incredible power to change our cultural and environmental practices, as the Forestry Commission’s game-changing introduction of the classification 'ancient woodlands' showed.

The three years of my fellowship will include research periods at a number of public and horticultural archives, including the Lindley Library and the British Library’s Rare Books collection, revisiting key dictionary and encyclopaedia entries. These range from Diderot’s entry for ‘forest’ in the Encyclopédie (1751) – which focuses on use-value to the state – to the controversial etymological claims of the entry in Shipley’s Origins of English Words (2001) – with its focus on the wild space beyond the state. I will also investigate the histories (and the failings) of the twentieth-century attempt to create a standardised global Dictionary of Forestry. 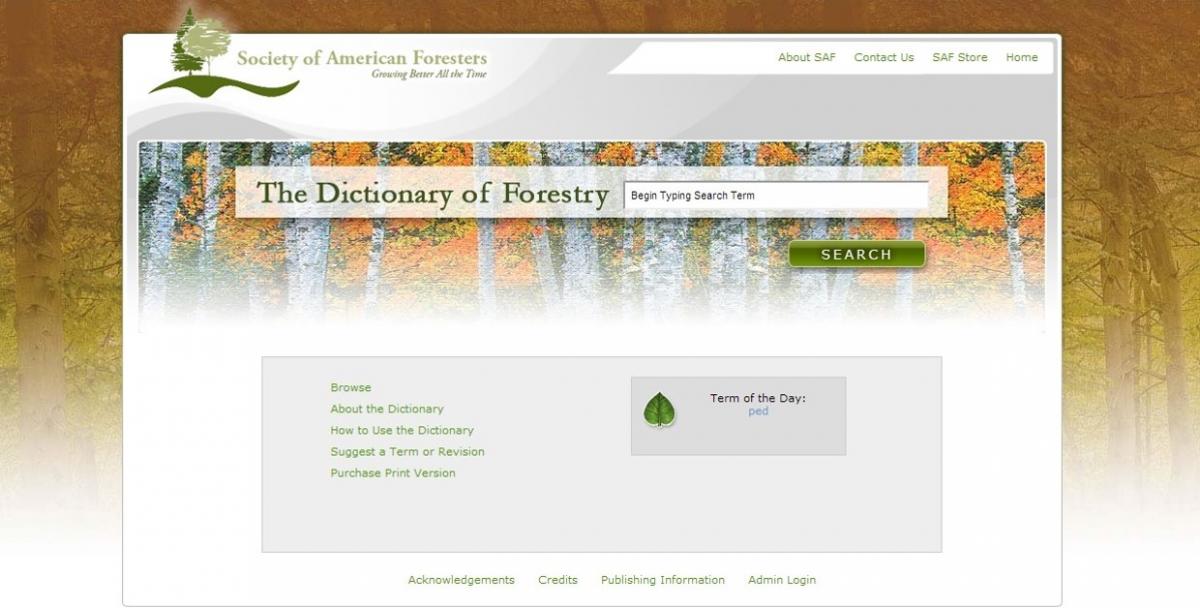 The contemporary online Dictionary of Forestry which is the current version of the 1941 project I mention (and live at dictionaryofforestry.org).

This particularly matters right now. The rhetoric we use to identify – and identify with – British woodland is crucial, as Defra still hotly debates the value of the British forest estate, and as initiatives emerge which attempt to incorporate the arts and humanities in the public re-interpretation of its woodlands (such as the Jerwood Open Forest commission). As the evolving disciplinary interactions of the Environmental Humanities demonstrate, we control the world around us not simply by managing our landscapes, but also, crucially, by managing their meaningfulness. For this fellowship I will be developing my doctoral and post-doctoral work in literary geographies: as a geographer, I will be working with key disciplinary concerns with the ‘collective repertoires’ (Allan Pred, 1990) which shape our environment, whilst as a literary scholar, I will be finding new ways of analysing what has been called ‘sylvan discourse’ in poetry, plays, novels, and legal/ economic / horticultural texts and treatises.

The German environmental historian Joachim Radkau once complained of sharing a train carriage in the late nineties with a woman who spoke incessantly about nature: ‘Nature, nature, nature: she talked and talked like a computer programmed with all the environmental phrases of the last twenty years’ (Radkau, 1997). Over the next three years I hope to find new ways to investigate the pervasiveness – and danger – of just such programmed environmental languages.