Stay warm and pass the salt: thermal and chemical constraints on biodiversity

Do sodium and heat shape global patterns of biological diversity and activity? Tom Bishop is looking at ants for an answer 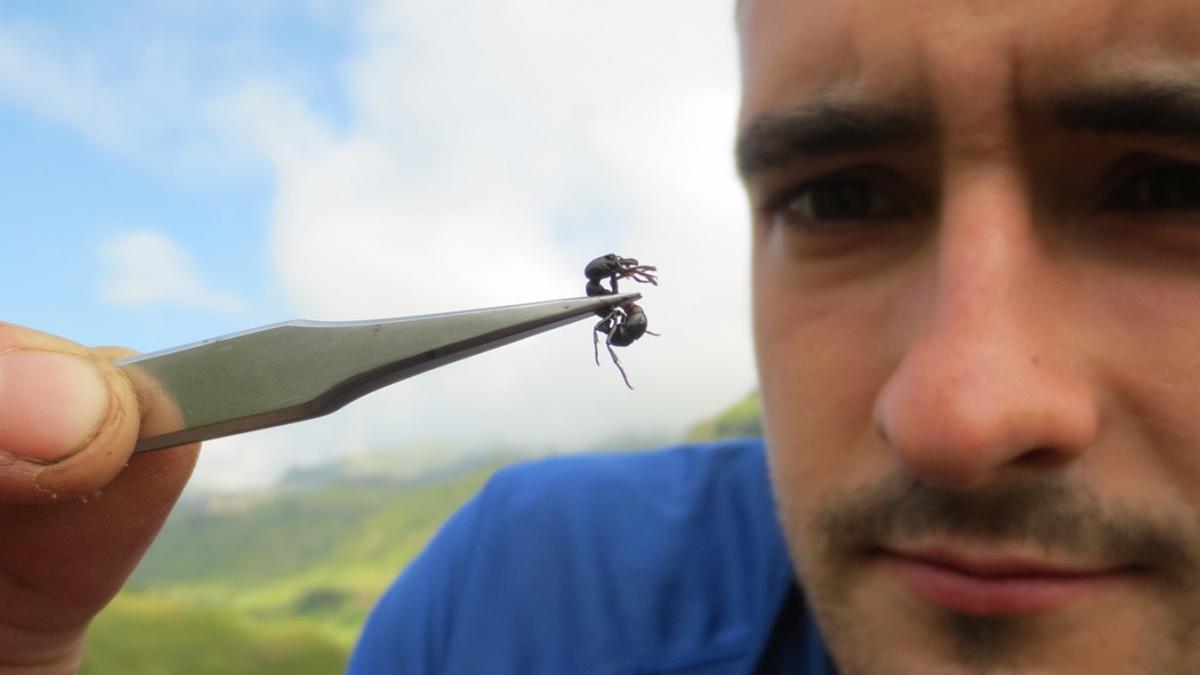 Why do some parts of the globe have more species than others? The tropics and lowlands teem with life, but the polar and mountainous regions have few species, and less biological activity, too. Why do these patterns of activity and diversity exist? They are central to our understanding of the natural world. Unravelling them will help us to predict and manage future changes in species activity and diversity to the benefit of both natural ecosystems and humanity.

To date, researchers have sought increasingly complex explanations of these fundamental patterns of species activity and diversity. These explanations invoke variable rates of evolution, complex climatic correlations, historical accidents and even the geometry of the globe! In the research I am undertaking for my Leverhulme Early Career Fellowship I will suggest that simpler answers exist, but have been overlooked – in particular, that it is the interplay between temperature and sodium availability that shape global patterns of biological diversity and activity.

Temperature controls the metabolic rates of organisms. Areas with higher temperatures often correspond to peaks in local species diversity. Global increases in temperature have already caused measurable shifts in the abundance and diversity of biological communities on every continent and ocean. Thermal tolerance describes the minimum and maximum temperatures that a species can survive at, and consequently, sets the bounds on where and when species can function. If an environment is too hot or too cold for a species then it will not be able to thrive there.

Organisms are built and maintained by a combination of 25 chemical elements. A growing area of research has implicated sodium (Na) as a missing ingredient in models aimed at predicting the activity, diversity and distribution of a huge variety of animals – ranging from ants, termites and butterflies to moose, gorillas and elephants. Sodium plays an important role in many cellular processes yet is continually excreted and cannot be stored. As a consequence, sodium is in constant demand by animals. Mounting evidence shows that the addition of sodium increases organisms’ activity, body sizes and even population sizes. In sum, sodium limitation, much like the thermal environment, appears to impose boundaries on when, where and how organisms can survive.

The idea that I will be testing in my research is that either temperature or sodium, or both, limit the diversity and activity of species across the globe. I will be using ants as a useful study group: they are diverse, abundant, and easily sampled. I will use my previous experience working with ants in the wild to perform physiological tests, field surveys and experiments on three different continents to quantify how ants respond to combined changes in temperature and sodium availability. Do ants like it warm, salty, both, or somewhere in between?! Watch this space.