Some things change, some stay the same: morphological diversity in sea urchins 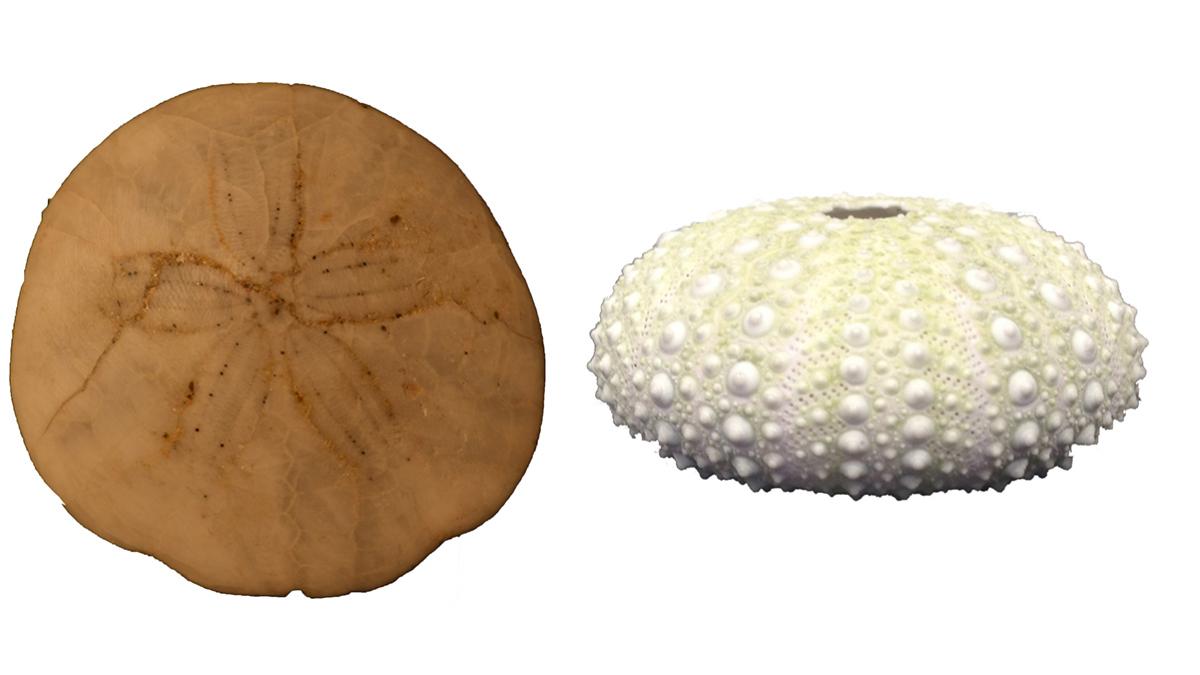 While some animal groups have evolved numerous weird and wonderful body plans, others have remained essentially the same, displaying marked constraint for hundreds of millions of years. But what evolutionary and developmental mechanisms allow some animals groups to diversify their bodies while constraining those of others? In order to explore this question, I will use sea urchins, a model research organism with both a superb fossil record and exceptional resources for molecular and developmental experiments in the lab.

Sea urchins have a 460 million year fossil record, documenting precise changes in the evolutionary history of their body plans. Additionally, sea urchins are a classical developmental model organism, making them ideal subjects for molecular and genomic interrogation of their development. In particular, I am studying the differential evolutionary histories of two groups of sea urchins. The first, the regular urchins, have displayed constraint throughout their evolutionary history and the earliest regular urchins in the fossil record look similar to those in the oceans today. The second group of sea urchins, the irregular urchins, have diversified their body plans greatly throughout their evolutionary history; this group includes animals with numerous weird and wonderful morphologies like the flattened sand dollars and the oblong sea potatoes. The contrast between the regular and irregular echinoids thus provides an ideal system to understand why some animal groups display evolutionary constraint and others undergo extensive evolution.

In order to characterise evolutionary changes in sea urchin body plans, I will use micro-CT and laser scanning to scan fossil and modern sea urchins, thereby generating a 3D archive of the evolutionary history of sea urchins. I will then carry out statistical analyses to understand which portions of the sea urchin body have been more subject to evolutionary change, and at what rates. Once I have identified which portions of the sea urchin body plan are subject to changes in evolution, I will use the tools of molecular biology and genomics to determine the genes which are expressed in the development of these structures in living sea urchins; thus increasing our understanding of the potential molecular mechanisms responsible for the morphologically distinct body plans of irregular and regular urchins. Together, this project will shed light on the dynamics of animal evolution and development from the geological past to today, providing insight into the processes underlying the evolution of animal form.