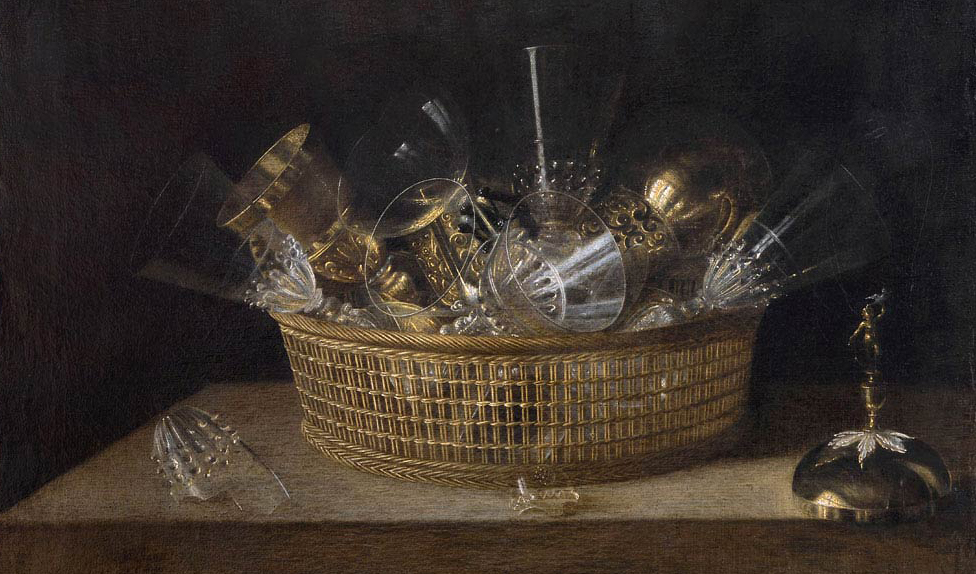 This project looks at how reflective materials, specifically pearls and glass, played a part in seventeenth century protestant devotion. My previous work considered time in devotional literature and this brought me to think about how objects were represented, particularly those that change over time. Like a magpie, I became fascinated by shiny things. This might sound rather flippant – surely a surface level consideration of anything is shallow? However, in recent years aesthetic philosophers and cultural historians alike have sought to overcome the surface/depth dichotomy that comes with thinking about the outward appearances of objects. My project will think about how the reflective surfaces of glass and pearls mediated a relationship between the self, the world and God.

Pearls and glass were both globally traded, luxury goods: one naturally occurring, the other man made. The early modern pearl trade was characterised by extraordinary exploitation, devastating the ecology of Caribbean fisheries and subjecting thousands of enslaved divers to horrific injury and drowning. Meanwhile, the production of glass led to widespread deforestation, as wood was needed to power furnaces and ash was a critical ingredient in glass making. In both religious and scientific writing, pearls and glass were objects of curiosity and wonder. Natural philosophers, including Anne Conway, asked ‘Chrystal ... is so hard and solid, how can it receive so many Bodies and transmit them so easily through it?’ Similarly, pearls were seen as proof of God’s mysterious works, as the shining jewels emerged out of the mud of the sea. My project seeks to understand how consumers and makers addressed the colonial history of these materials, particularly when incorporated into objects used for devotional practice.

I will also work extensively with the imaging department at the John Rylands Research Institute, where my project is based. Over the last few years, the Rylands imaging team have developed cutting-edge techniques that can reveal how objects have been altered over time. By creating ‘new’ images of old objects, I hope to uncover if different ways of looking at early modern objects can reveal new information. This anachronistically reflects the debates around sight that took place in the seventeenth century: Protestant practice held that careful contemplation of external objects could lead to divine knowledge whilst the ‘New Science’ of Bacon and Hobbes was predicated on practices of careful observation.