A new page? Libraries, austerity and the shifting boundaries of civil society

How are public libraries facing the challenge of austerity? Emma Davidson is exploring their everyday social world to find out 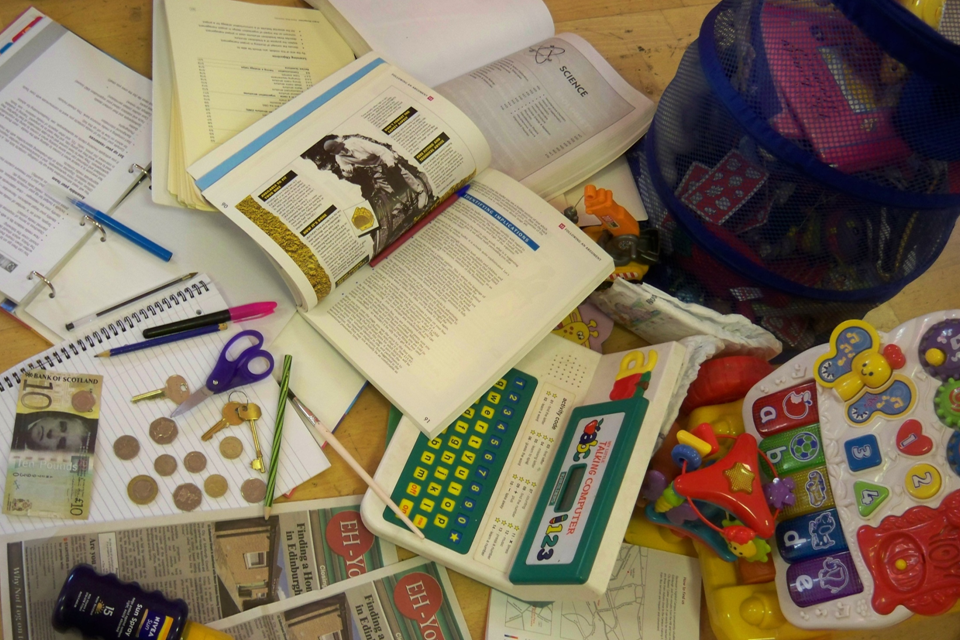 My future? Poster produced by Young Mum’s Group as part of doctoral research.

My journey to studying libraries was unexpected. For my doctorate I was exploring young people’s experiences of antisocial behaviour. Within the housing estate where my research was based, I was drawn to the public library, described locally as a hotspot for youth-related crime. It was a contested space in which young people’s behaviour was controlled – but it was also a place where young people choose to be. “It gives the young people a safe space to be” I was told by one librarian. “there are so few spaces where they can just be. They can’t seem to escape [the area’s] problems”. Since then I have worked on two further projects: one on sharing books with children, and another on homelessness. Very different studies, but both showed how public libraries can promote civic and community participation. Families described the library as a space for both their children’s, and their own, learning, socialisation and creativity; while libraries provided homeless people with education, safety and shelter.

Public libraries do far more than lend books. They are one of the remaining freely accessible civil society institutions and, in their local form, provide a public sphere for civil engagement; from being a social arena, to providing opportunities for the participation in local events. Yet there are challenges: advances in technology have prompted questions about libraries contemporary role and their capacity for modernisation.

Austerity measures served a further blow, placing the relationship between libraries and state under strain. Budget cuts have resulted in libraries limiting opening hours, depleted stocks, reduced staff and a growing reliance on volunteers. Others are fighting, or have succumb to, closure. Yet there are many examples of public libraries mobilising against these pressures. Digital initiatives have been matched by civil society activities (partnerships with cancer care nurses; ‘dementia friendly’ services; food banks; and the transformation of libraries into ‘community hubs’) aimed at re-establishing libraries’ place within neighbourhoods.

During the course of my Leverhulme Early Career Fellowship, I will undertake a series of case studies to unpack the challenges faced by public libraries under austerity. Working with libraries, and the neighbourhoods in which they are based, I will explore the everyday social world of the public library, giving particular focus to those groups excluded, less able or disenfranchised from local processes of participation, and for whom the library might offer a source of ‘community’ or inclusion.

Using the case of the public library, I aim to provoke a broader enquiry into the state of civil society in the UK. What do practices of local civic engagement look like under austerity, and how are they supported by civil society institutions? What part do civil society organisations play in shaping and cohering the UK’s social fabric? In this unprecedented period of economic, political and social instability, these questions have now become ever more relevant.