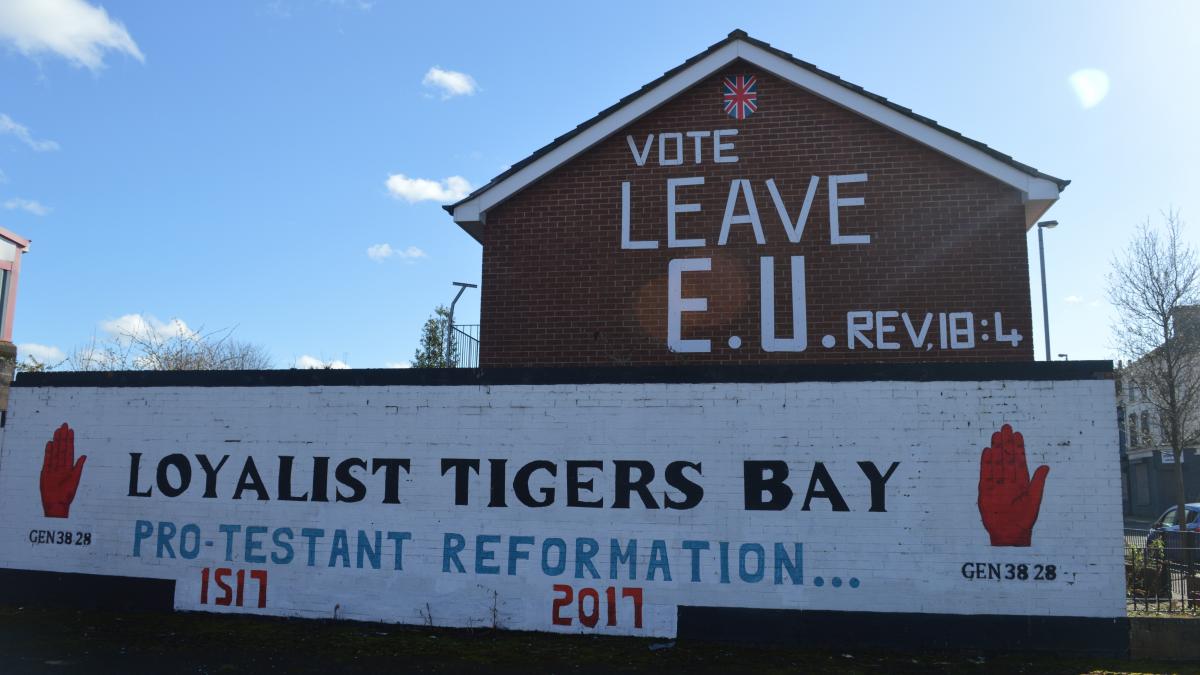 A loyalist mural in Belfast, underlining its connections to Protestantism and referencing biblical support for Brexit. Photograph by author.

During Northern Ireland’s ‘Troubles’ (1968–1998), paramilitary groups were supported by a sociocultural apparatus that helped legitimise their position and disseminate their message. From the use of flags and murals, to loyalist and republican parades, working-class culture revealed who was in control of various districts within the Province.

Focusing on loyalist songs, this project examines the interconnection between music and conflict in Northern Ireland from the Troubles to the present. Through the analysis of song texts, it will explore subaltern modes of production and dissemination by looking at music-making both as sonic weapon and social activity. That is, the project will show how loyalist songs not only act as a form of political resistance, but also operate as a locus for social cohesion and cultural sensibility.

The project is the first of its kind and will produce the first online archive of political music-making in Northern Ireland, entitled ‘Songs of the Northern Ireland Conflict’ (SoNIC). The SoNIC archive will use innovative audial and visual methods to curate and contextualise political song during and after the Troubles. Acting as a living resource, the SoNIC archive will reach constituents both inside and outside of the academy, illustrating how political song of diverging persuasions commented on and connected with the social and political landscape in the Province during the Troubles. It will also show how political song continues to shape present-day issues and identities.

Through the prism of political song, the project offers a rare insight into a closed culture, exploring the performances and rituals associated with Ulster loyalism. The project is particularly timely given the upcoming centenary of partition and the creation of the Northern Ireland state. In 2021, narratives surrounding partition will be at the forefront of public debate, with loyalist songs providing a unique context for understanding a divided island and a fragmenting continent after Brexit.