Kate Gibson reshapes our perceptions of the boundaries of family, showing that parents of all social backgrounds used fostering as a routine form of childcare in eighteenth-century Britain 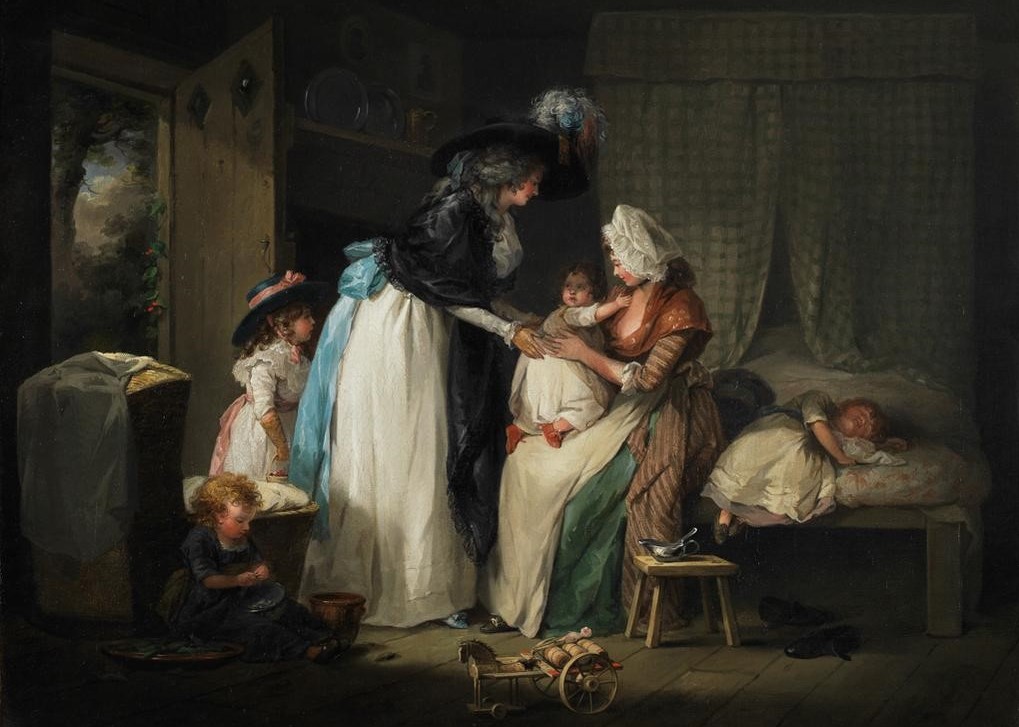 George Morland, ‘Visit to the Child at Nurse’ (c. 1788), The Fitzwilliam Museum, licenced under CC BY-NC-ND.

For centuries, children have been looked after by adults who were not their biological parents. Today this tends to take the form of legal adoption or state-monitored care, but this tends to obscure far older practices of care by servants, kin, friends or communities. This project examines the many ways in which children were cared for in Britain across the eighteenth century, more than one hundred years before the advent of legal adoption. The eighteenth century saw the increasing idealisation of the biological nuclear family in British culture, but was also a time of unprecedented intervention by the state, charities and institutions in the lives of children deemed vulnerable. The changes wrought by industrialisation, imperial expansion and religious pluralism in this period separated families and deepened inequalities of class, gender and race when it came to deciding how children should be cared for.

This project looks at the experiences and motivations behind fostering and adoption from the perspective of child and carer. I argue that fostering was widely used across the social scale as a form of childcare with various advantages. Fostering could be used to distribute childcare costs, but also to facilitate kinship-like links which would later reap rewards of emotional support, occupational networking or inheritance. Children could also be sent to foster-parents in order to inculcate a particular social identity, with race or religious difference used to justify the removal of children from biological parents, especially mothers. Letters and diaries written by children and their families provides vital qualitative evidence of the emotional and instrumental importance of foster-relationships, and the impact of fostering on a child’s sense of self. Foster-relationships have generally been overlooked by historians, but they have considerable potential in helping researchers understand the balance between blood, law and emotion in definitions of family.

This project also approaches care as a form of work, as part of a growing challenge to the marginalisation of care work in historical research. An awareness of who provided childcare, the distribution of children between households, or the use of fostering to generate income, drastically changes our understanding of how workforce participation varied between men and women and of the impact that caring for a dependent child could have on family resources. Understanding how care work was valued in the past is crucial to understanding its potential for change and reassessing current assumptions about ‘traditional’ caring roles as gendered, low paid and low skilled.