How do crevasses transfer water to the bed of the Greenland Ice Sheet? 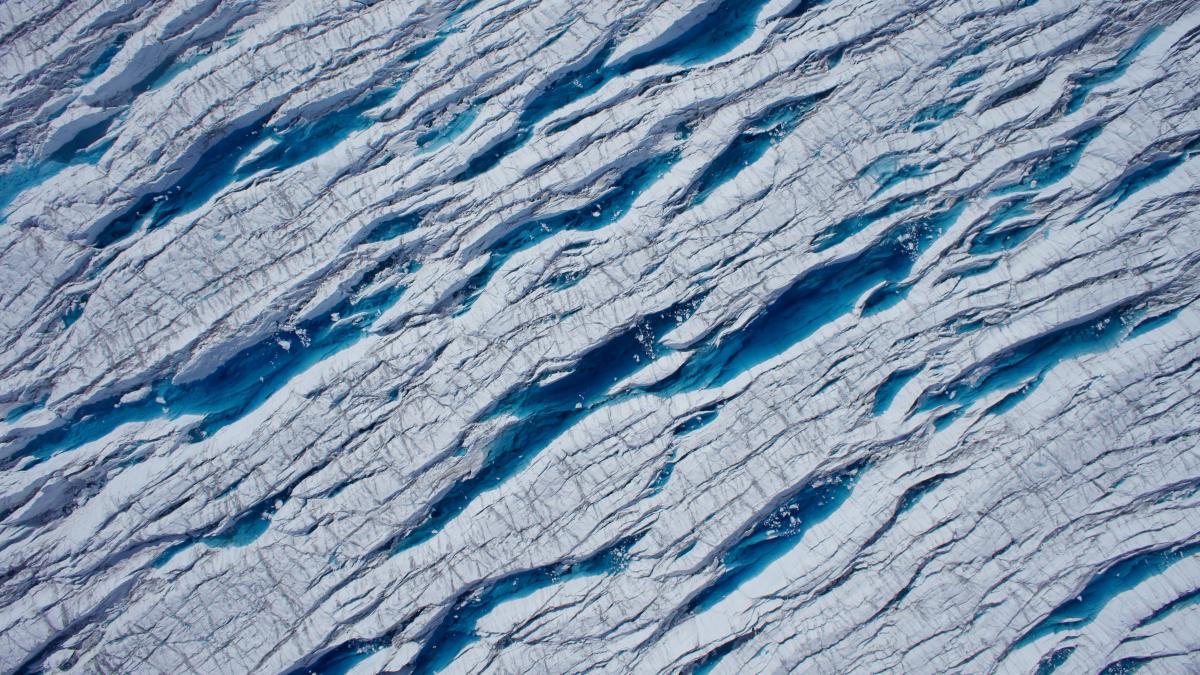 The Greenland Ice Sheet has become the largest contributor to global sea level rise from glaciers and ice sheets in recent years. Since the 1990s, Greenland has lost nearly 5,000 billion tonnes of ice, raising sea levels by over a centimetre – a value expected to increase by as much as twenty centimetres by 2100. The ice sheet loses mass through two main processes. The first is increased surface melt as surface temperatures warm. The second is increased ice discharge to the ocean (i.e. iceberg calving) in response to warmer ocean temperatures and faster ice flow. To better quantify sea level rise in the twenty-first century and beyond, and thus better plan for the enormous investment required to mitigate the effects on communities living in low-lying coastal regions, we need to understand both of these mechanisms.

One critical unknown factor in determining the future of Greenland is the interaction between surface meltwater and discharge. Meltwater, which flows through the ice sheet to the oceans, can accelerate ice flow by lubricating the bed of the ice sheet, increasing the ice column’s temperature, and driving melt and calving at the ice front. However, these impacts are controlled by when and where water enters the ice sheet. Glaciologists have focused on a number of potential routes – from holes in the ice known as moulins to the catastrophic drainage of surface lakes – but only recently have studies shown that as much as half of all meltwater enters the ice sheet through crevasses. The exact nature of where, how, and why this occurs is contested, and to date, no significant models of ice sheet hydrology include crevasse behaviour. As such, we cannot account for where half of all meltwater goes, nor how it will affect Greenland’s future.

In this project, I will use satellite data to map crevasses and water across the entirety of the ice sheet, using machine learning methods to understand the controls on where and when crevasses route water to the bed. I will implement these discoveries into a coupled model of ice hydrology and dynamics, exploring the consequences of this routing for the first time. These findings will help to understand the effects of crevasse hydrology on the dynamics of the Greenland Ice Sheet and how this will change in a warming world.