Home-making in Brexit Britain: Black women and the British grammar of race

Drawing from Black feminist ethnography and collaborative workshops with The Geffrye Museum of the Home, Azeezat Johnson will trace the racial histories that inform contemporary experiences of home-making by Black women

Lately I’ve been thinking a lot about my mom’s formative years in London. My mom was born in the 1960s, and this has been playing on my mind as we’ve been reeling from the deportations of so many elders who came to the UK as British subjects before 1973. What must London have looked like back when they arrived to this heart of the British Empire? How did our parents and grandparents deal with being needed for their labour as “British subjects” whilst being rejected and racialised as “unwanted migrants” by the growing National Front movement, politicians like Enoch Powell, landlords, and the police force? As they attempted to survive in their new and hostile environments, how did they build homes, communities and their own senses of self and joy?

I foreground these questions in my Leverhulme project on Black women’s home-making in London today. This project examines how these knotted histories of race and Empire have informed how Black women create spaces to be ‘at home’ today. Even though bell hooks (1990) is often cited for saying the home could be a site of resistance for Black Americans experiencing racism, little has been done to examine how homes are constructed that ‘affirmed our being, our blackness, our love for one another’ (1990, p. 46). This is particularly important to explore in the wake of the Brexit referendum: this has exposed some difficult questions about how Empire is memorialised within British history, and how non-white racialized bodies are imagined as external to Britain (El-Enany, 2018).

This project builds on Hortense Spillers’ (1987) work on the American grammar book of race, wherein Spillers argues that there is a grammar of race (constructed in relation to histories of slavery and colonisation) that informs contemporary experiences of being an African-American woman. I want to build an understanding of a British grammar of race; I want to interrogate the racial histories that inform Black women’s contemporary experiences of home-making. In connecting Black geographies with home studies, this research uses Black feminist ethnography and workshops with The Geffrye Museum of the Home. Both help me to unpack how notions of home in London are inextricably tied to the invisibilised labour of colonised (and postcolonial) subjects.

Whilst some of my opening questions regarding my grandparents and elders will remain unanswered, these questions allow me to expose the racial histories that are intimately connected to my mom’s birth in London, my own life in the same city today, and many other Black post-colonial subjects (within or outside of the UK’s modern-day border regime). I foreground these stories as we face the uncertainty and imperial nostalgia that Brexit has unveiled; I ask how Black women create homeplaces in London. 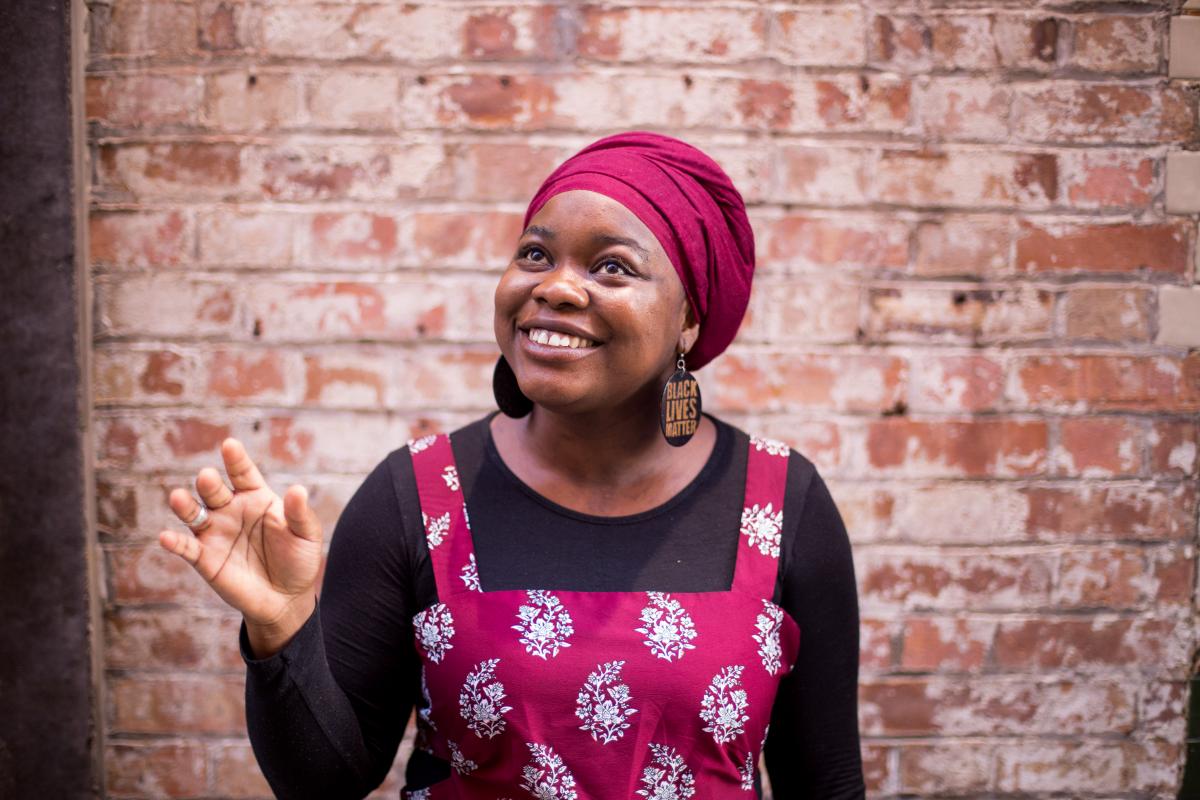 Image of author by Wasi Daniju as part of “You See Yourself” photo series. www.wasidaniju.com/