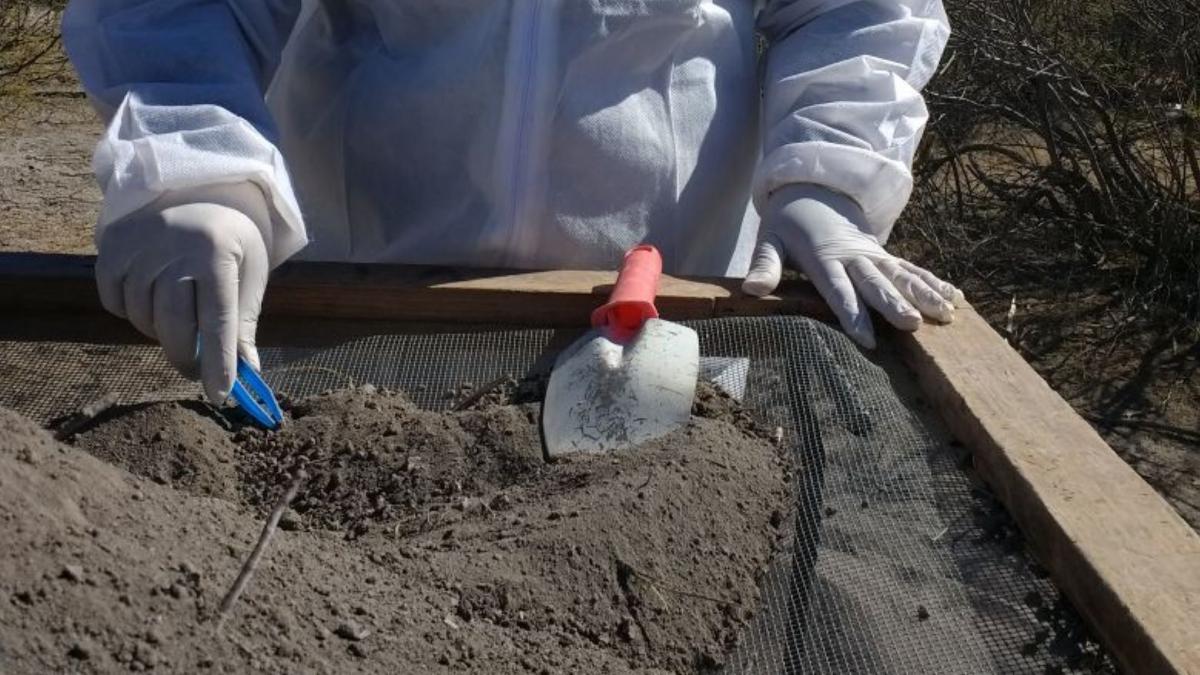 Woman sieving the soil looking for small bone fragments in Coahuila, Mexico. Photo taken by Silvia Ortiz, mother of Fanny who disappeared in 2004.

Amidst internal conflict and authorities’ denial of atrocities, mothers of the disappeared in Latin America have investigated human rights abuses by their own means, creating systems of evidence that run parallel and, many times, in opposition to those provided by the state. These citizen-led forensic efforts are often erased or unacknowledged in favour of an expert-based ‘objective’ version of forensic truths. My project unearths the constant work of care that families have undertaken in Colombia and Argentina, to gather and exchange evidence in a violent political system designed to avoid and even repress such activities.

‘Operation Sirirí’ was a strategy developed by Fabiola Lalinde after the extrajudicial killing of his son Luis Fernando in the context of Colombia’s internal conflict (the Siriri or Tropical Kingbird, is a diminutive bird that forcefully defends its young from larger birds). The Lalinde family conducted decades of forensic investigation and eventually overturned the evidence provided by Colombia’s leading geneticist at that time. This citizen-led intervention paved the way for the advancement of forensic anthropology in the country and has had lasting effects on the forensic system.

While it has been acknowledged that forensic science in Latin America has developed as a form of layperson advocacy, mostly led by female relatives of disappeared persons, the work has been described as human rights activism. The role of these women within identification processes is framed as either ‘the provider of basic information’ or ‘the recipient of scientifically valid forensic identifications’. Thus, not surprisingly, their hard work and their contributions to knowledge have been erased from the history of science. In contrast, my research will analyse how women relatives of the disappeared strategically engage with gender norms that allow them to speak publicly and conduct independent investigations.

Since 2011, I have researched how families in Mexico have transformed themselves into forensic experts. These ‘forensic citizens’ create archives using CCTV footage GPS; and back in 2014, we co-created a citizen-led DNA database to help locate the disappeared. Building on this research, with an emphasis on citizen-led practices, my empirical focus shifts from Mexico into Latin America. I will show that increasing our understanding of how forensic knowledge – produced by mothers of the disappeared – historically shaped practices and how this will then help to create more just, inclusive and effective systems in the future.