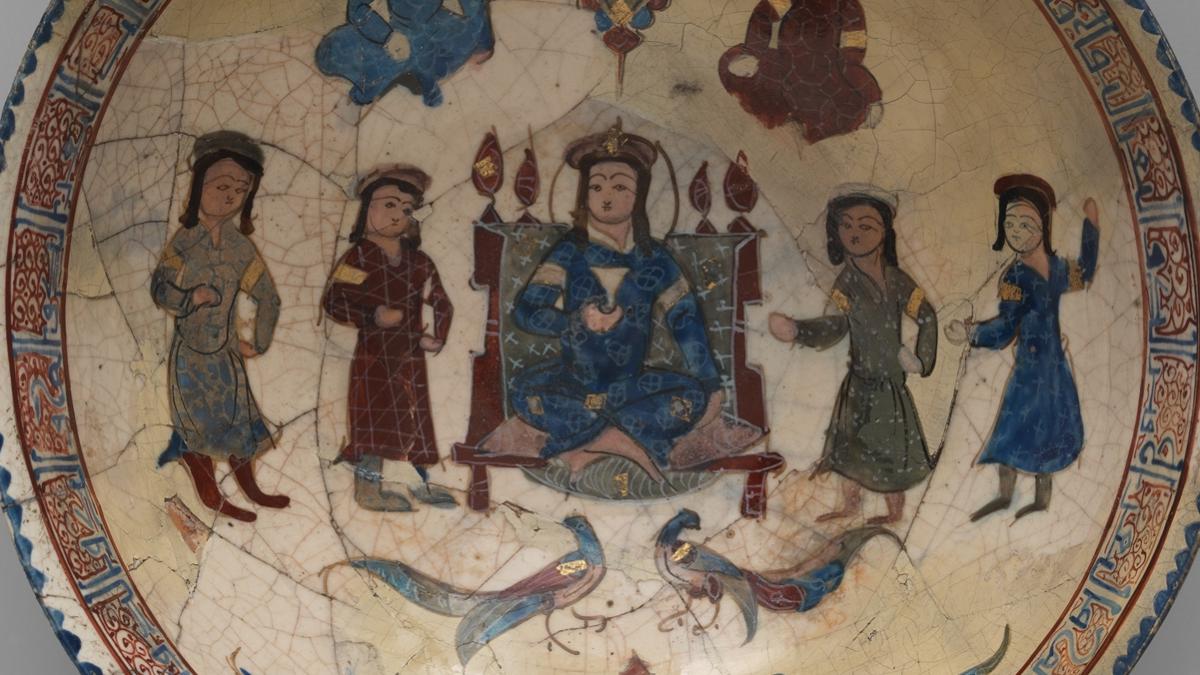 In 1060, Arab Sicily was invaded by the Normans. Sicily’s Arab Muslims belonged to a large religious and linguistic community, stretching from Spain to the Indus. While relocating to escape non-Muslim rule was an option open to members of the elite and endorsed by Islamic religious scholars, it is difficult to characterise popular or unofficial reaction to the Normans’ arrival. The Islamic world of the eleventh and twelfth centuries was in fact increasingly subject to occupation: in 1085 the Spanish reconquered Toledo, and in 1099, the Crusaders took Jerusalem.

One way to gauge contemporary sentiments is through poetry. For example, one Sicilian poet, Ibn Hamdis, who fled to Spain and then North Africa, composed panegyrics for any leader who could potentially lead the jihad to retake Sicily. Umar ibn Bishrun, on the other hand, chose to remain, and praised the Norman leader Roger II, describing the beauty of his palaces and calling him “the king of the Caesars”.

Even poets who chose to flee “the Franks” often displayed contradictory attitudes. Al-Adib al-Qaysarani fled Caesarea (in present-day Israel) for the court of Nur al-Din al-Zangi in Damascus. In his poetry, he promised that Nur al-Din would “purify Jerusalem with flowing blood”. At the same time, he composed delicate verses about Christian women:

Among the chaste virgins of the churches,
there is one like a gazelle, adorned with shy reticence.
She prostrates herself before icons;
if there were any justice,
the icons would bow down before her.

The main source for such poetry is the 17-volume anthology The Pearl of the Palace and the Annals of the Age, compiled by Imad al-Din al-Isfahani (d. 1201), a prominent secretary of Saladin. Imad al-Din preserved the work of more than a thousand poets, members mostly of the vast cadre of minor bureaucrats and religious scholars, who also constituted the poems’ main readership.

This overwhelmingly Sunni cultured class was concerned with more than religion and the counter-Crusade, and they evidently possessed a higher tolerance for sophisticated, complex, and ambivalent poetry than they did for religious heterodoxy. In this regard, The Pearl of the Palace sheds light on an enduring aspect of medieval Sunnism, not merely as a set of legal doctrines, but as an aesthetic and cultural sensibility formed in no small part through Mediterranean encounters between Christian Europe and the Islamic Near East. My study, therefore, will examine how the anthology’s poems construct Sunnism as an affective stance, cultivated in belles lettres, rather than merely a theological or political position.