‘#Everyday there is Malak’: cyberfeminisms in Iraq, Saudi Arabia and Yemen 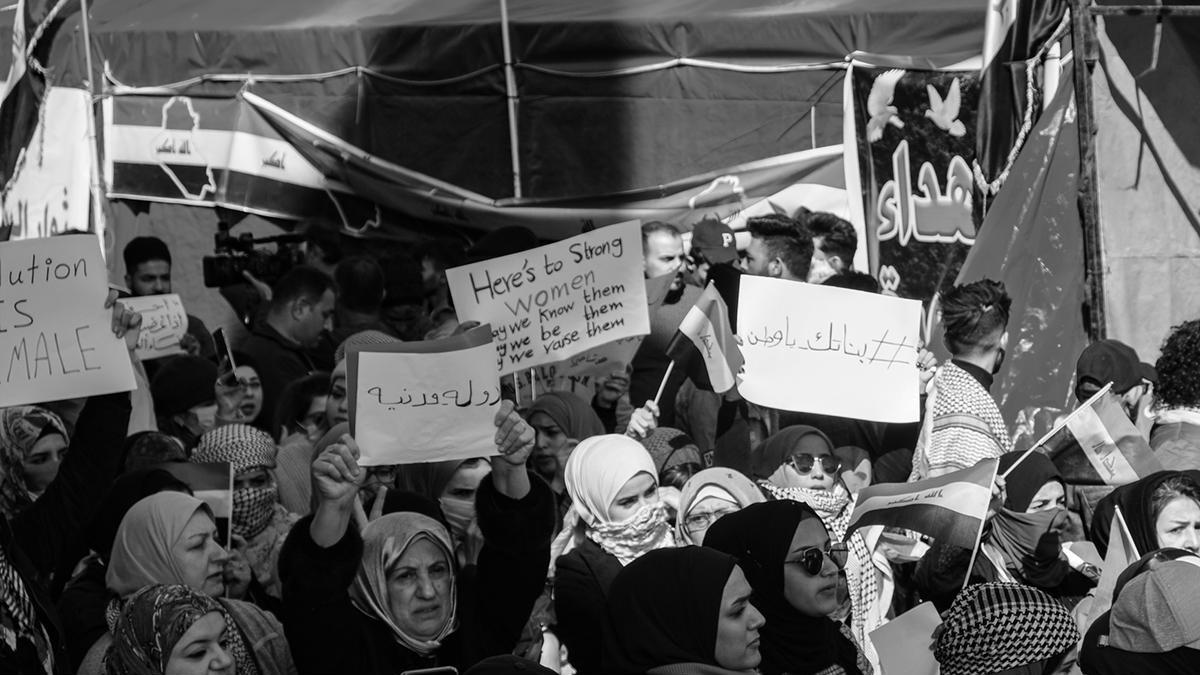 Feminist march organised in Baghdad in February 2020 in the context of October's uprising. Photograph: Amir Hazim.

‘Everyday there is Malak’ is a hashtag that trended on Iraqi social media in April 2020 to highlight the story of Malak, a young woman from the southern province of Najaf, who lost her life after being subjected to domestic violence. Created by an Iraqi feminist and shared widely by women’s rights activists, the hashtag aimed to show that Malak’s tragic story was not a single isolated incident. Rather, it represented a recurrent practice and collective narrative of gender-based violence. Similarly, ‘#Nada al-khatani’ and ‘#We are all Marwa al-Bayti’ were two other hashtags that trended on Saudi and Yemeni Twitter, respectively, over the past twelve months. Domestic violence has been increasing globally since the start of the pandemic but is particularly prevalent in the Middle East. These hashtags are one example of cyberactivism practised by Iraqis, Saudis and Yemenis to expose violence against women, mobilise for social and legal change, negotiate feminism and call for social justice. Despite their shared struggles, their country-specific circumstances are diverse, impacting upon their respective cyberfeminist practices.

My project will be the first interdisciplinary study to identify such diversity by assessing cyberfeminist networks in Iraq, Yemen and Saudi Arabia. While women activists face similar cyber challenges globally, Saudi, Iraqi and Yemeni activists face specific challenges of off-line political repression and (in the case of Iraq and Yemen) violent conflict and sectarian tension. So how do these activists address such online and off-line challenges? Does it lead them to retreat from activism, or do they instead unleash new means of resistance and solidarity? How do they position themselves amongst a constellation of hostile forces and from where do they draw solidarity? My identity as a feminist and activist, along with personal experience will be crucial for conducting a bottom-up approach, providing a shared space for participants to express themselves within. 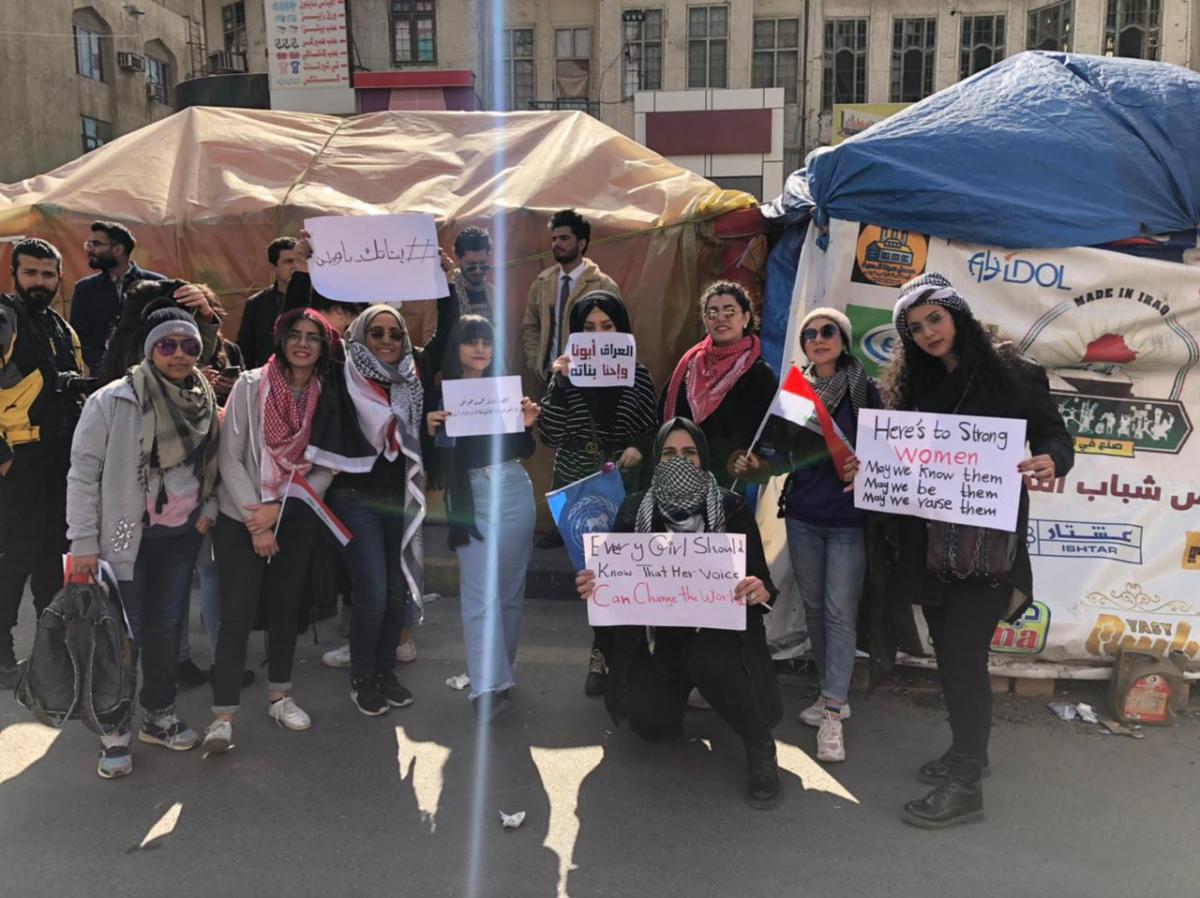 Feminist march organised in Baghdad in February 2020 in the context of October's uprising. Photograph: Ban Layla.

Across the three contexts, prevalent conservatism makes online activism more significant for feminists and women’s rights’ activists. Online activism cannot, therefore, be detached from the material experiences of women’s rights activists. By conceptualising cyberfeminists as embodied activists who face different challenges in the real world and cyberspace, the project will break new ground by examining the impact of gender, religion, ethnicity and class, in addition to country-specific context, upon women’s ability to mobilise for social change. It will also provide novel insights into local and regional battles for women’s rights.